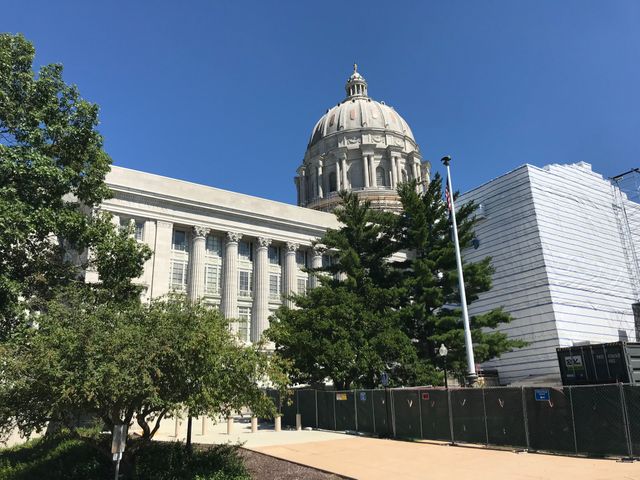 JEFFERSON CITY - Missouri lawmakers were called in Monday morning for the start of a special session to address two July vetoes on drug treatment centers and high school programs in science, technology, engineering and math (STEM).

"A lot of times governors will veto legislation that we pass because there's maybe a small technical problem to the bill or it just doesn't meet the high standards that we need to come up with," said Rep. Nate Walker, R-Kirksville.

The STEM bill would allow high school students to receive graduation credits through computer science courses. There's an online component and Parson's said the measure "appears to be narrowly tailored to apply to only one company."

Walker said, "It's a good bill and I think the governor likes it. We just had to make it more inclusive so that more people can benefit from the program."

Walker said, "The importance of the bill is to expand drug treatment and give those an opportunity to get better without being put in prison or jail."

Heather Harlan, a prevention specialist and counselor at Phoenix Programs, said early intervention is the best way to avoid incarceration in the first place.

"One of the things we've learned about the brain is that it works by addition not subtraction, so if we tell people just stop - which is what we used to do with punishments- that's really not helpful for us to learn those skills," Harlan said.

Parson has said that bill included too many non-related issues and he wanted it more narrowly focused.

Monday's session will focus on introducing the bills, Walker said. The measures will be assigned to committees Tuesday, with votes in the House coming as early as Wednesday.

“I think probably if everything goes right this week, we’ll do our job by Wednesday, the Senate will do their job on Thursday and Friday, and those bills will be on the governor’s desk probably sometime late Friday afternoon," Walker said.

The cost of the special session won't be determined until the end of the week, according to Missouri House Communications.

"The bulk of the cost is based on the number of members that show up," House Communications Director Trevor Fox said. "After the session ends the travel expenses and such will be looked at and then we'll have our number."