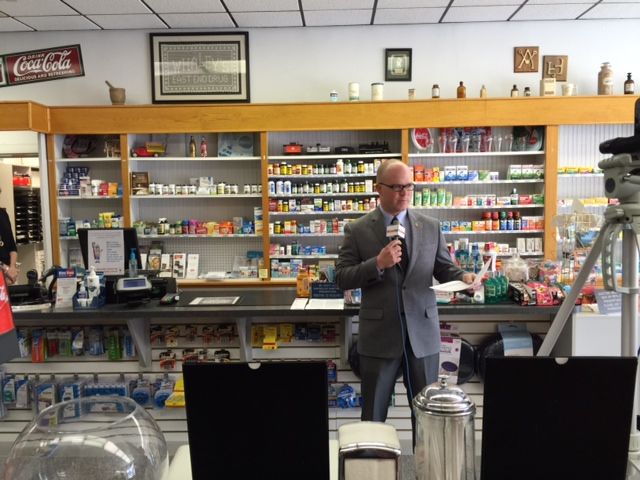 JEFFERSON CITY - Two Missouri representatives came together Thursday to host a demonstration of an electronic system that aims to help stop meth cooks.

The demo was held at Whaley's Pharmacy in Jefferson City and was filled with state representatives, pharmacists, officers and others interested in learning about the software. The software is called National Precursor Log Exchange (NPLEx). Missouri is one of 31 states using this tracking system.

"What this system does is it's a real-time tracking system," Fitzwater said. "There's been a push in our state to make pseudoephedrine a prescription drug only."

Beth Stubbs, a pharmacist at Kilgore's, said she remembers how difficult it was to track meth criminals before the software was made available in 2010.

Stubbs said she thinks the new system has been very beneficial.

In 2014 the NPLEx system helped block the sale of more than 35,000 boxes of pseudoephedrine, stopping more than 91,000 grams from getting into the hands of meth criminals.