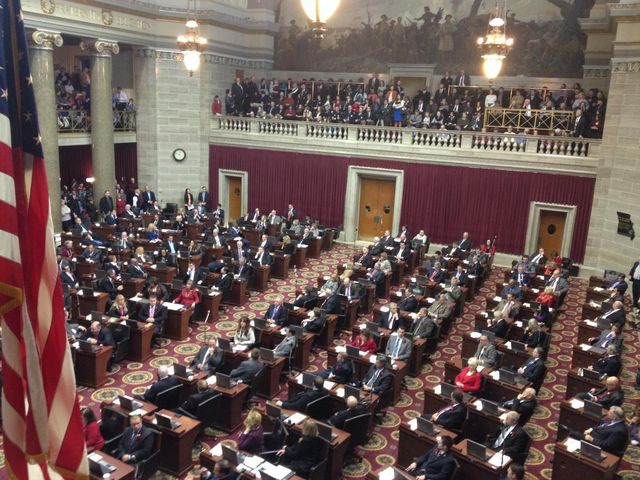 JEFFERSON CITY - Citizens and lawmakers packed the Missouri House and Senate chambers Wednesday for the start of the 2015 legislative session.

While lawmakers elected leaders on the House floor, protesters filled the Senate galleries. Senate leaders ordered the protesters out of the galley and closed the senate to the public.

Republicans have the majority in the House for the 2015 legislative session. Speaker of the House, John Diehl, said he plans to focus on growing the economy and putting education decisions at the local level.

Many bills regarding the events in Ferguson, Mo. are expected to be introduced this session. However, Diehl said he will not let Ferguson take over the legislative session.

"We're not going to have a Ferguson agenda here in the House. And I think the Senate has indicated the same thing, said Diehl. "I view the situation in Ferguson as a reflection of decades of bad government policy."

House Minority Leader Jake Hummel said the democrats in the House are ready to work with the republicans on key issues this session, however the democrats plan to push Ferguson bills.

Hummel said the democrats in the House "represent the communities most directly affected by the unrest in Ferguson and other parts of the St. Louis region."

"House democrats anticipate playing key roles in developing legislation to address the myriad issues that have been brought to light in recent months," said Hummel.

Hummel said he plans to introduce bills related to Ferguson within the next week.