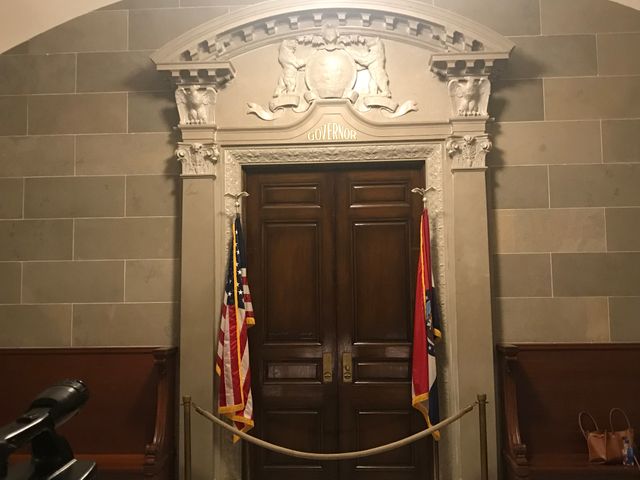 JEFFERSON CITY- Missouri lawmakers have conflicting opinions regarding Greitens' announcement on Tuesday that he plans to resign.

Gina Mitten, D-St. Louis, feels Greitens did the right thing by resigning. Mitten is a member of the Special Investigation Committee, which looked into the possible impeachment of the governor.

"I think that the resignation was long overdue and I'm glad to see that, that has happened," Mitten said.

She said the allegations of Greitens using donations from "A New Missouri" charity made his decision to resign understandable. She said she hopes the Special Investigative Committee can continue to meet regarding the allegations. She also said she believes people in Missouri should trust that lawmakers will hold each other accountable.

"This is an example of government working and making sure that when we find snakes in the swamp, we will, at least in this instance, we were able to do something about it," she said.

"For the last several months I have not rushed to judgment on the allegations surrounding the Governor. I was waiting for all information from all parties to be presented. With today's resignation announcement, I will pray for Governor Greitens and his family. Many good things have happened in Missouri the last year and a half that he was in office and good policies and improvements will continue when Lt. Governor Mike Parson takes the oath."

Greitens resignation will go into effect Friday at 5 p.m.