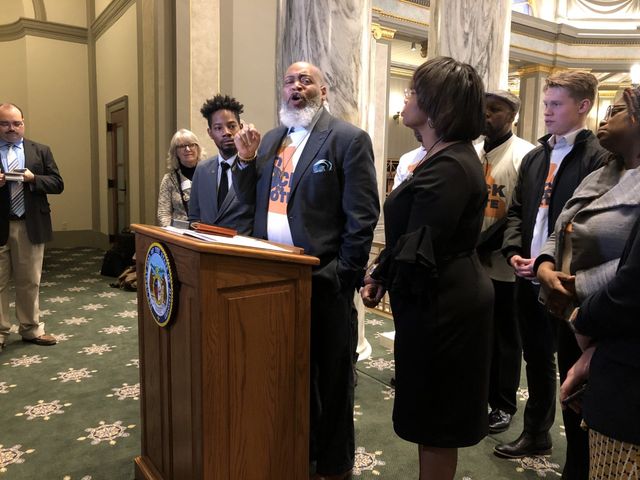 JEFFERSON CITY - As of right now, people on probation only parole do not have the right to vote. However, some in Missouri want to change that.
The state's current legislation says that people who are on parole or probation are not allowed to vote. This law affects more then 60,000 people in Missouri. Yet, roughly 19 states allow people to vote once they are released from prison.
"Now is the time to advocate, agitate, and and even aggravate in order to get this bill passed," Senator Jamilah Nasheed said.
In recent years, Missouri has focused on criminal justice reform in its legislative branch. But some say they're not looking at it from the right angle.
"So much of what we've tried to do in the past year in Missouri has focused on criminal justice reform," Missouri ACLU policy director Sarah Baker said. "Who better to inform criminal justice reform than folks who have gone through the injustice of our current system."
Rep. Rasheen Aldridge suggested Missouri start having the same mindset as those other states.
"18 to 19 other states that have already said 'You know what? These individuals made a bad decision, they did their time, and they're trying to change their life around,'" he said. "And we're gonna grant them the ability to have a voice in their community."
Senator Nasheed urges everyone to be ready to put up a fight.
"I just want to say to everyone here, be willing, able and ready to roll up your sleeves and help this get passed and across the finish line," she said.
Other organizations working for the right to vote are the ACLU, EXPO, and Metropolitan Congregations United.
The two bills awaiting approval are Senate Bill 542 and House Bill 1780. Senator Nasheed said the bills only need one more vote for them to leave committee.