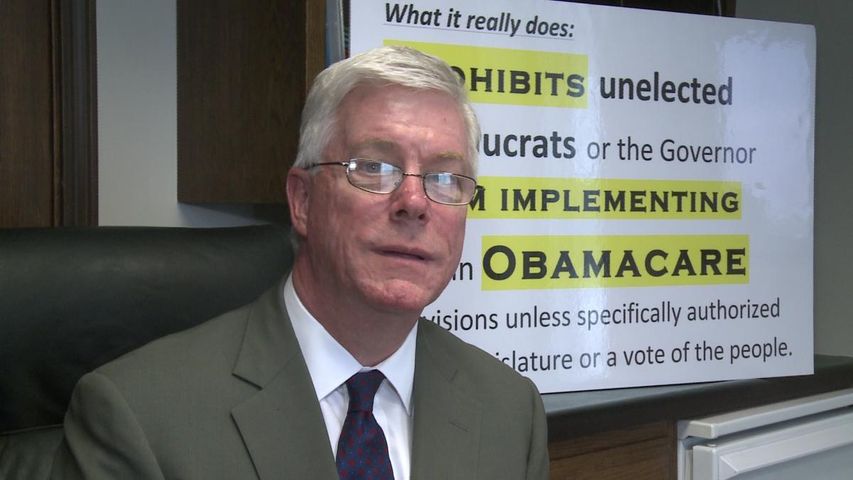 Secretary of State Robin Carnahan's ballot summary stated "Shall Missouri law be amended to deny individuals, families, and small businesses the ability to access affordable health care plans through a state-based health benefit exchange unless authorized by statute, initiative or referendum or through an exchange operated by the federal government as required by the federal health care act?" During a press conference Tuesday Kinder said Carnahan's language in the summary was "biased and intended to skew election results."  Kinder said the use of the word "deny" in the summary was particularly biased.  In his lawsuit he suggested four alternative summaries for a judge to choose from.

Carnahan's office responded with a statement to Kinder's lawsuit that said, "We understand it's election season and some people will do anything to get in the news, but it's hard to take Lt. Governor Kinder seriously when this is what he calls fair ballot language. It's our obligation to make sure voters have a fair, accurate summary of what they're voting on and our summary provides that."

Kinder said he and other Republicans who filed the suit expect to meet with a Cole County Circuit Court judge later this week.  He predicted that if either party didn't get their desired result, the case would go to the Missouri Supreme Court.