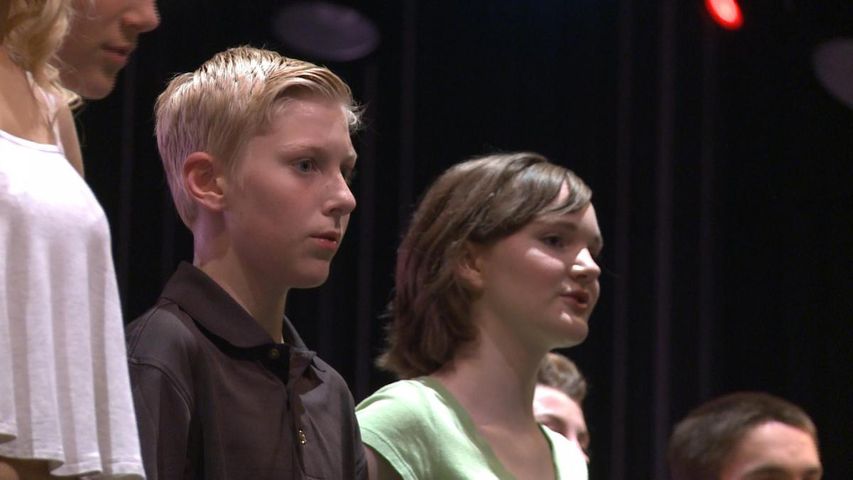 The students began preparing for the production in late May, just after school let out for the summer. Students from all over Boone County have been rehearsing for six weeks, but now they are ready to perform.

Trent Rash, who has more than a decade of experience in musical education, works with the theater department at Stephens College in Columbia. He said a quality education in the arts plays an important role in creating a well-rounded mind.

"The arts allow developing minds to think differently, and to use a side of your brain that you don't use a lot in other core academic classes," Rash said.

He said exploring the arts allows students to experience history and culture first-hand. Plays and musicals can carry powerful historic and cultural messages from the time they were written.

He said he thinks Columbia is very welcoming to artistic expression, especially in high schools.

"I think CPS does do a good job of promoting the arts, and displaying the arts in a positive light," Rash said.

PACE actress Leah Huskey said having an artistic outlet allows her to focus better in her other classes.

"Being able to laugh and be creative, it helps you learn better in other subjects," Huskey said. "I think it's a complete shame if schools don't put enough emphasis on the arts."

She said participating in theater taught her to break out of her shell, and always challenge her comfort zone.

"For me, art is what gave me confidence, and what really encouraged me to try new things," Huskey said.

PACE gives opportunities for students to explore interests in all areas of theater production: everything from acting, to being on the tech crew, to designing sets.

Rash said, though most of his cast and crew is between the age of 13 and 18, they do not let their age keep them from putting on a good show.

"The production that we're doing right now is a very technically demanding and challenging production," Rash said. "It's amazing how these kids can do a show at the level that they do, that rivals any professional production that you could see as well."