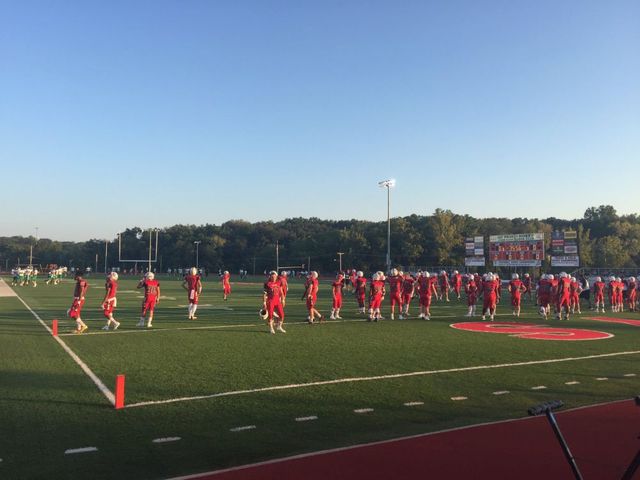 Proposition C would authorize a 45-cent operating levy, that would cover the operating costs of a second high school and needs within the school system. Proposition C requires a simple majority vote in order to pass.

"At one time, we were considered one of the top high schools in the Midwest," former Jefferson City Football Coach Pete Adkins said. "I would like to see us get back to that notoriety again, if possible. And to do that, I thought probably two high schools was going to be the way to go."

In March, Adkins publicly supported the building of a second high school after appearing in a video for "Yes on J + C," along with various other prominent community figures, such as JCPS Superintendent Larry Linthacum, and former Jeff City and Missouri quarterback, Mike Farmer.

"Jeff City is large enough that we could run two high schools and have two good programs." Adkins said in this video. "It's time to move on."

"If Jefferson City is going to be the great community that we've always called ourselves, 'The City of Champions', we need to do this," Farmer said in this video.

A school split would be nothing new in mid-Missouri. Columbia was one of the most recent cities to split, adding Battle High School in 2013. Adkins views that split as a cautionary tale for Jefferson City in adding a second school.

"I'm looking over at Columbia now, and I see Hickman, and that sort of makes me a little bit uneasy about what went on there." Adkins said. "We got to be careful on the way we divide our city here, and try to get as much equality as we can at both high schools. Where we can compete against each other, and both be successful in all phases of education."