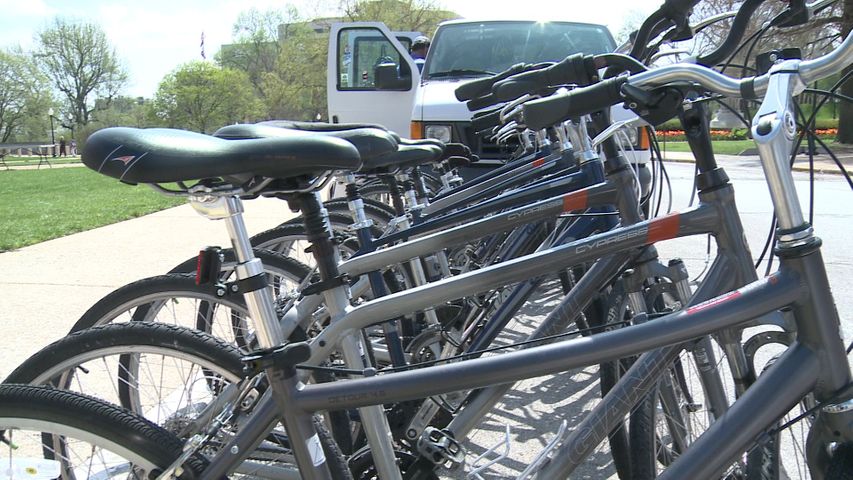 JEFFERSON CITY - About 20 legislators rode with a group of bicyclers over the new Missouri River pedestrian/bicycle lane. The ride started from the steps of the capitol and took the participants on a six mile journey. One group that came to Jefferson City was Gina Overshiner's middle schoolers.

"It's important for the kids to get out and exercise," Overshiner said.

Overshiner leads the Bicycle Brigade, a group of 5-10 middle school students that bike to Smithon Middle School every day. She also wrote a successful grant application to expand the Bike Brigade and led on one of the first Walking School Buses in Columbia in 2005.

One of her riders is Zach Cunning and he came to Jefferson City for more than exercise.

"This is a good chance for us to talk with our legislators and tell them what we need," Cunning said.

One of Cunning's representatives, Rep. Mary Still, said our government needs to listen to our youth more often.

"We can learn a lot from the example of our children," Still said.