Legislature debating bill on who can carry concealed weapons in schools 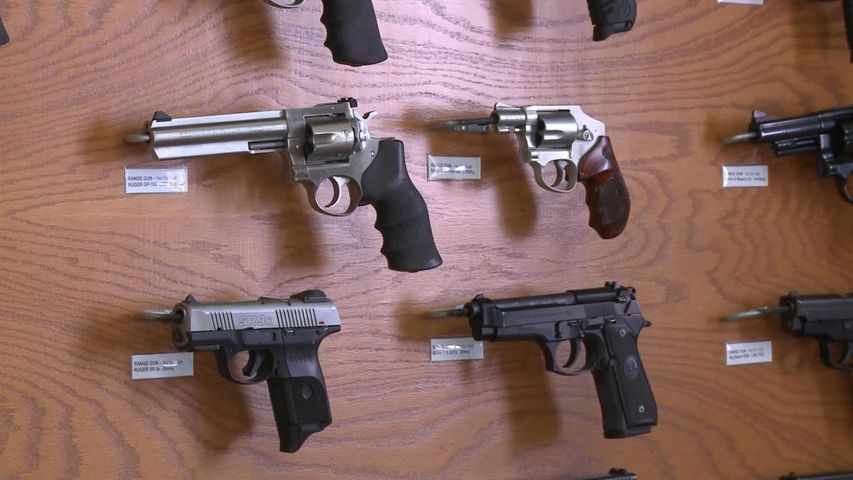 JEFFERSON CITY - A bill passed by the House would increase who can carry concealed weapons in elementary and secondary schools in Missouri.

"I had a school superintendent contact me and said that he would prefer to be able to designate some other people that he has employed because they're more qualified and some teachers don't feel comfortable leaving their class in the event of an emergency," said Rep. Chris Dinkins, R-Annapolis.

She said the superintendent thought a janitor would be more suitable to being the school protection officer because they are more likely to know the entire layout of the school.

"The amendment is to protect our children in the best possible that we can," Dinkins said. "And that's to make sure that we have the most qualified, most confident person in that position serving as that SPO."

The amendment also adds language to the bill requiring at least four hours of training and the special protection officers to use special ammunition.

"When the ammunition hits its target, it dissolves or something, so there's no way that it would deflect and hit another individual unintentionally," Dinkins said.

In a previous KOMU story, Kim Westerman of Moms Demand Action said guns do not belong in schools at all.

"It would allow guns in sensitive places like day cares and bars," she said. "I feel like we can all agree that guns and alcohol don't mix."

KOMU 8 reached out to Moms Demand Action in regard to Senate Bill 743, but did not receive a response.