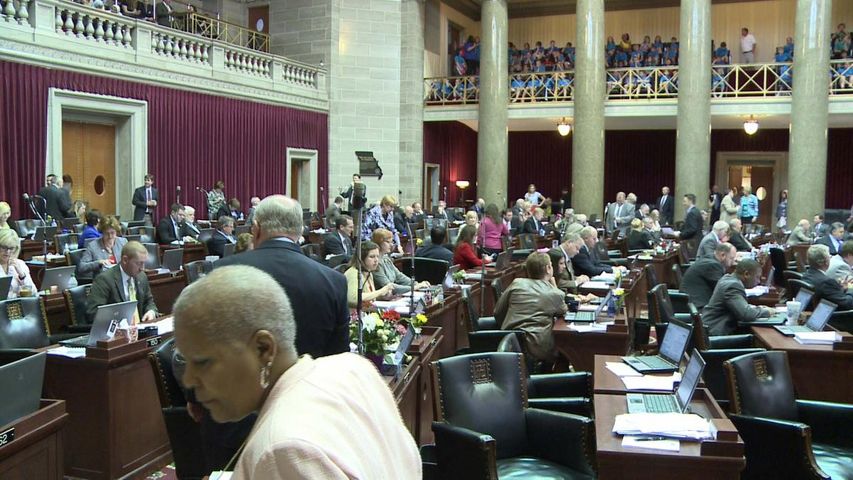 JEFFERSON CITY - A yearlong debate over what to do about Missouri's troubled workers' compensation system ended Thursday as the house sent a compromise bill to Gov. Nixon with a wide bipartisan majority.

Much of the bill deals with the state's insolvent Second Injury Fund, which compensates workers who become partially or fully disabled as a result of an injury they receive in the workplace which aggravates a pre-existing partial disability. Under the bill, workers who become permanently partially disabled would no longer be eligible for benefits from the fund. Permanent total disability would only be awarded if the worker already had a permanent disability resulting from:

An injury for which the worker can be compensated

An injury for which the worker can not be compensated but which aggravates the later injury, or

The bill also makes several fundamental changes to laws regarding occupational diseases. The biggest change is that it caps benefits for occupational diseases resulting from exposure to toxic substances. Workers diagnosed with diseases like silicosis or asbestosis would be eligible for up to $157,660 in benefits. Workers diagnosed with mesothelioma would receive up to about $500,000. Companies could avoid civil lawsuits by participating in the state workers' compensation program or a special mesothelioma fund. Under the bill, police officers who develop post-traumatic stress disorder would be eligible for occupational disease benefits.

During floor debate in the house on Thursday morning, members of both parties called the bill a good compromise and a desperately-needed solution. Rep. Jay Barnes, R-Jefferson City, said "Workers in the state of Missouri will have better occupational disease coverage than in any other state," while Rep. Stephen Webber, D-Columbia, said having a solvent, workable second injury fund is important to workers.

Some Democrats expressed dissatisfaction with the bill's provisions. House Minority Leader Jacob Hummel, D-St. Louis, attacked efforts to legislate awards for pain and suffering rather than letting the courts decide.

"Putting a price tag on someone's life is not okay," he said.

Hummel was one of 24 representatives who voted against the bill, which passed the senate 33-1 Tuesday night.

The bill would become law on January 1 if Gov. Nixon signs it. Nixon's office told KOMU 8 News fixing the fund was one of Nixon's priorities this session and the governor would give the bill a full revuew but refused to comment further.