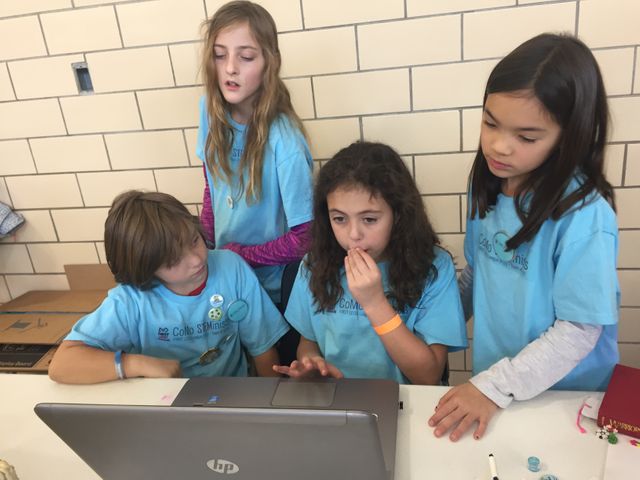 Each year, the tournament chooses a theme that teams research and focus their build on. This year's theme was Hydrodynamics— the human water cycle.

The CoMo Steminists, an all-girl group of fourth graders, worked on a robot that could get clean water to hurricane victims. Now it put the build to the test during the first of three performance rounds.

"They successfully completed the first challenge and received no penalties," Dustin Hurst, the team's co-coach, said.

Dustin Hurst and his wife Katie Hurst recognized the team's growth from the start of the build to its finish.

"When we asked the girls what they wanted the robot to look like when we started, they described the 80s-looking robot with a rectangular head," Katie Hurst, the team's co-coach, said.

Kate McKenzie, director of the event, said there are benefits to children participating in the tournament.

"They learn a lot of programming, robotics and mechanics, lots of STEM skills, but they also learn a lot of professional skills such as being able to speak in front of an audience," McKenzie said. "Communication is a really big part of it, and learning those skills is important no matter what career you go into, but especially we're encouraging kids to go through STEM paths."

No matter what path the girls take, the team agrees on one goal moving forward.

"We want to do it again next year," team member Sophie Turner said.