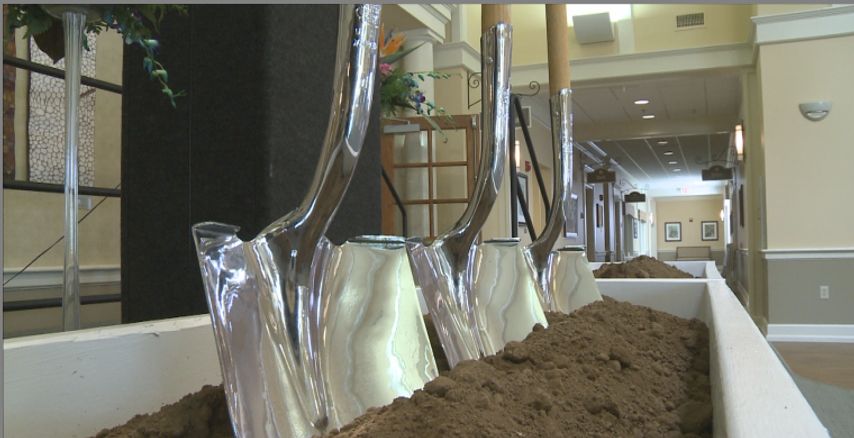 The new facility will house around 40 new patients. The building will be for patients that need assistance living and memory care for illneses like dementia and Alzheimer's.

Lenior Executive Director Kent Kirkwood said this will not only benefit patients, but employers in Columbia because the addition would add 30 new jobs.

Employees of the center said this building was not only requested by residents, but needed. Kirkwood said they have a one year waiting list for their assisted living center. Assisted Living Administrator Penny Worthley said she only knows of two other centers in Columbia with an assisted living memory care center. She said it was a demand from residents that also helped in getting this center.

"A higher demand in residents that have inquired about assisted living memory care, and since we don't have that level of care we saw a need. We have a wait list to get into Bradford Manor, our assisted living, and some of those on the wait list are waiting for the memory care also," said Worthley

Kirkwood said the cost of the project is about 8 million dollars. He said they plan the center to be finished by 2014.