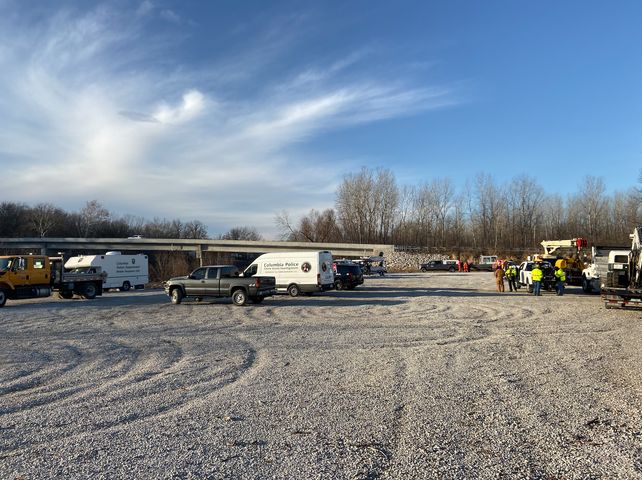 During previous days of the search for Mengqi Ji Elledge, the shore was filled with emergency vehicles, dive teams and law enforcement.

But now, the officers blocking off part of the road are gone, and the crane is too. Only one small boat remains in the water.

Columbia Police Department released a statement this afternoon. Part of that evaluation process is determining what resources and personnel are needed in order to accomplish the next step in the investigation. They are still conducting the same debris removal operation in order to give divers and other personnel access for exploration.

To this point, a significant portion of the search has been spent removing debris from the river.

The debris got into the Lamine river after the area experienced heavy flooding in September. April Schlapper, a resident of the Lamine River Boat Club, said the floodwater pulled everything from the shore into the river.

"All the tree limbs were taken in," Schlapper said. "It made it hard to access the ramp to get the boat out."

But KOMU 8 spoke with officials at the Missouri Department of Conservation who said the flooding in September shouldn't affect the search happening today.

"The river has a high turn over," one official said.

The Missouri Department of Conservation directed any questions about the river and search back to the Missouri State Highway Patrol.