License to fly: Airports may no longer accept Missouri-issued IDs 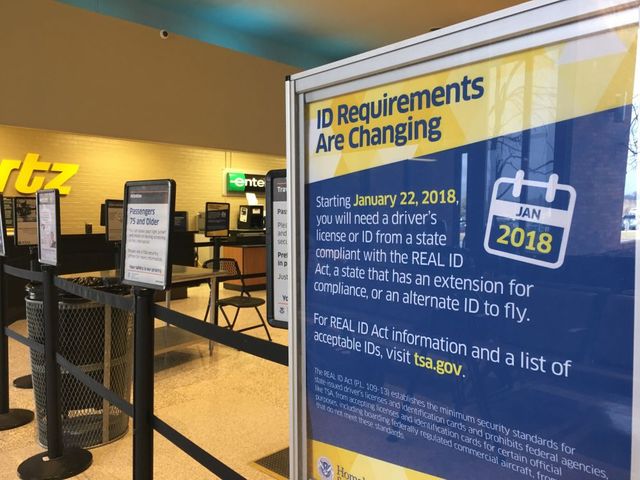 JEFFERSON CITY — If Missouri fails to comply with the federal REAL ID Act, some Missourians could face a real problem: they will not be able to use Missouri-issued driver’s licenses or IDs to board commercial flights.

Beginning Jan. 22, 2018, the Transportation Security Administration will not accept Missouri-issued driver’s licenses or IDs as valid forms of identification during airport security screenings.

According to the U.S. Department of Homeland Security, Missouri is one of only seven states still noncompliant with federal REAL ID requirements.

Members of both houses of the General Assembly have filed bills this session to address Missouri’s ID crisis. State Sen. Ryan Silvey, R-Kansas City, said his Senate Bill 37, if passed, would bring Missouri into compliance with federal standards while respecting citizens’ privacy concerns.

“My bill allows the state to comply, but it also creates a second track for folks who don’t want to comply,” Silvey said.

The bill would allow the Department of Revenue to issue driver’s licenses and identification cards that meet the REAL ID requirements. However, individuals could opt out and receive a noncompliant ID. Noncompliant IDs could not be used to fly or enter facilities under federal oversight, like nuclear power plants and military bases.

Signs posted at the Columbia Regional Airport—and airports across the country—warn travelers of the looming 2018 deadline.

Sharon Keating, an airline passenger from Jefferson City, said she noticed the signs at the Columbia airport on Wednesday while boarding a flight to Chicago. She said she’ll be prepared if TSA quits accepting Missouri IDs, because she usually carries both her driver’s license and her passport when traveling.

“But not everyone has a passport,” Keating said. “Some Missourians will probably end up having to get one, and that takes time and money.”

Passports are one of the alternative IDs Missourians could use if the state fails to comply with REAL ID standards before next year. A full list of acceptable IDs for airline passengers is available on the TSA website.

If the state enacts a legislative fix for REAL ID this year, travelers may continue to use their current Missouri-issued driver’s licenses at TSA checkpoints.