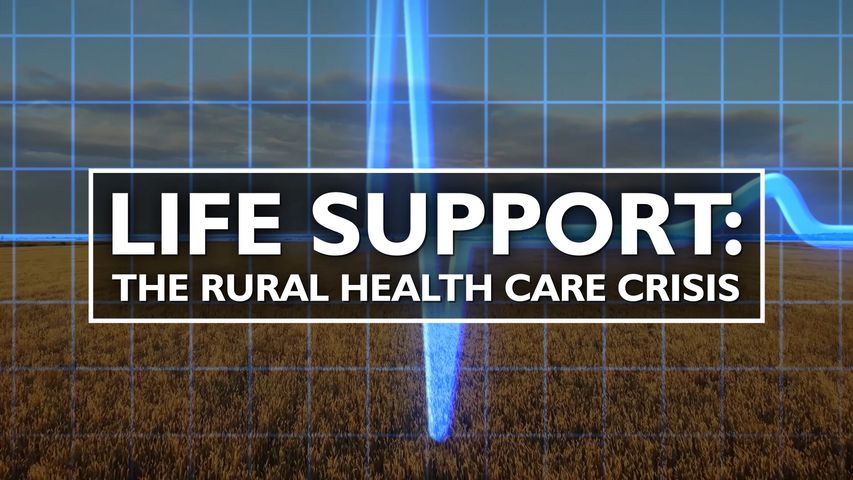 SWEET SPRINGS - For years, if someone needed emergency medical attention anywhere between Columbia and Kansas City, there's a good chance they'd end up at I-70 Community Hospital. But since its closure in February, patients are now forced to find farther facilities, increasing the time it takes to receive potentially lifesaving care.

The facility, which once had 15 beds, closed after suspending its license in February 2019. After closing, the owning management firm EmpowerHMS filed bankruptcy for the hospital.

After years of having emergency care just a stone's throw away, Sweet Springs and area residents are having to adjust.

"Six months ago I fell outside my apartment, and I hit the brick, and it split my eye open," Sweet Springs resident Tawney Mayberry said.

Had the shuttered hospital been open, it would have taken her a matter of minutes to cross I-70 and get care. Instead, she had to drive to the next-nearest hospital in Marshall.

"If it hadn't been for my friend, I don't know that I could've drove there to Marshall," she said.

For medics at Sweet Springs Ambulance District, traveling farther to get patients emergency care means there sometimes aren't enough hours in the day.

"It's caused things to be a little bit more difficult," paramedic Joe Campbell said. "We could be back in service within a matter of minutes, versus now going to Fitzgibbon, which is our closest hospital, we're looking at about an hour."

After looking through the ambulance district's records from the months leading up to and following the hospital's closure, even Campbell's estimate looks optimistic. 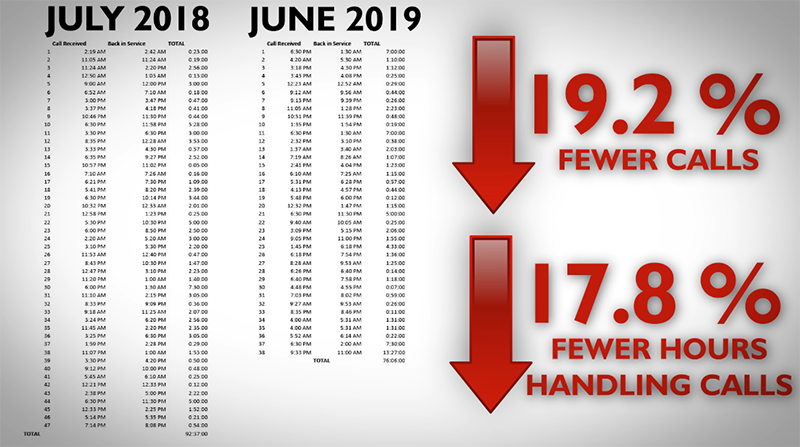 In July 2018, the farthest month back KOMU received data for, the Sweet Springs Ambulance District responded to 47 calls. In total, they spent 92 hours, 32 minutes handling calls that month.

But, those numbers are a little misleading. For many of those calls, medics didn't end up transporting any patients. Sometimes they were able to treat patients on scene. Other times they were only dispatched to be on standby for sporting events. Some of the calls included patient transports from one hospital to another.

When comparing only the calls where medics transported patients from the scene of an emergency to a hospital for immediate emergency care, the numbers tell a different story. 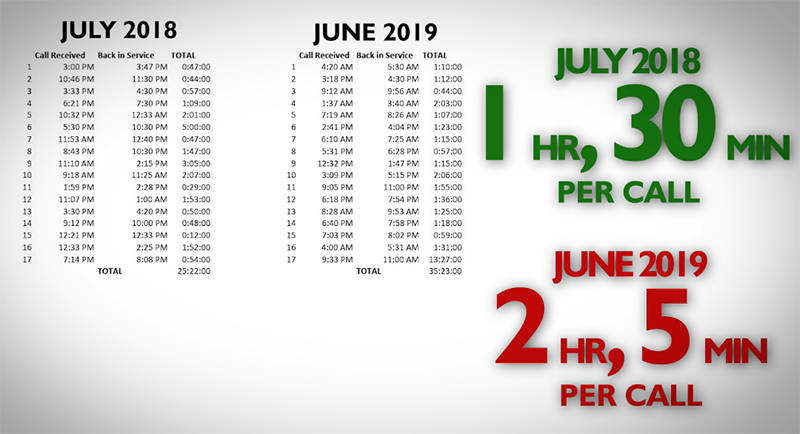 In July 2018, they spent an average of 1 hour, 30 minutes, per call, from the time they were dispatched to the time they dropped the patient at a hospital and were ready to answer new calls.

But in June 2019, that number increased to 2 hours, 5 minutes per call. That's a 39% increase in the amount of time it took medics to get patients to emergency medical care.

Although emergency transport times are on the increase, the lower number of total calls means something else is on the decrease.

"It's kind of affected our bottom line a little bit that we're not as busy as we were," Sweet Springs Ambulance District Board President Dennis Dohrman said.

While the district is primarily funded by tax money, that's not its only source of revenue. The other part comes from service fees charged to patients the district transports. 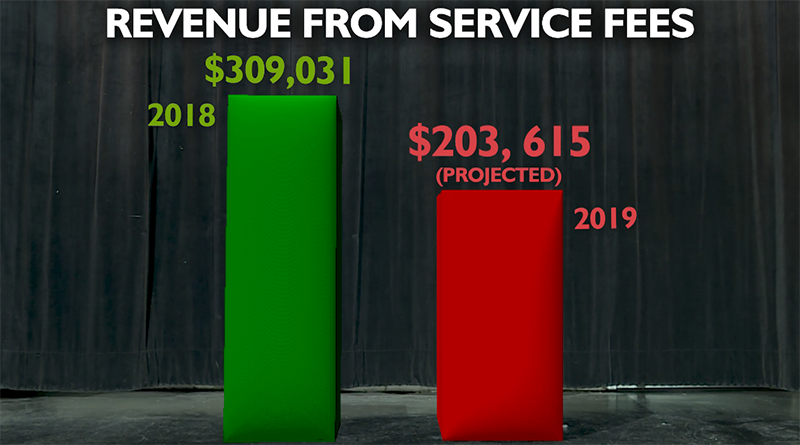 Even though ambulance district leaders are confident the loss of the hospital won't put them under, the people of Sweet Springs are racing against the clock to revive their hospital.

A November meeting brought a crowd to the local American Legion to hear more about the Sweet Springs Ambulance District possibly buying the hospital. It could mean a tax of $8 to have the millions of dollars it would cost to get the doors open.

"We need the hospital here," Mayberry said. "They always say about that golden hour… if it's something critical. Luckily mine was just a cut over the eye."

For the full report, watch KOMU 8 News tonight at 10 p.m.