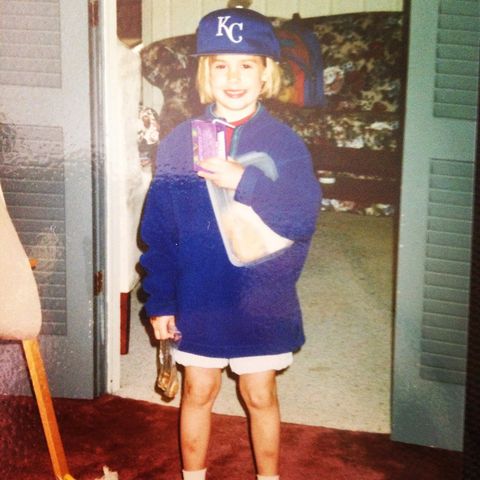 KANSAS CITY - Tuesday is game one of the World Series. It's the first time in nearly 30 years that the Royals will be there, bringing back fond memories for many Kansas City fans.

Alison Schenkelberg is an MU Law student originally from Kansas City. She said she grew up going to games with her dad.

"He's been taking me to games for years," Schenkelberg said. "His firm had a dugout suite, so I've been to that several times. In high school, we went with friends. So I've been going for 23 and a half years."

She said her dad was her age the last time the team went to the series in 1985, and now they're excited to be able to go together.

"We text throughout every game," Schenkelberg said. " ‘Oh so and so is pitching. So and so is doing well.' I mean, I hang onto every pitch now. In high school, we were always bad, so we just went for fun. We'd have some beers, have a hot dog and hang out and watch baseball. Now we hang on to every pitch."

Schenkelberg said they have tickets for games 1, 2, 6 and 7, but are hoping they don't have to use the last two. She said she wasn't able to go to any games in the last series, and while there are lots of Royals fans in Columbia, she's excited to be back in Kansas City for the World Series.

"I'm most excited to be in Kansas City and just experience it, " she said. "It's most fun to be amongst thousands of Kansas City fans, and we'll probably go out afterward to Power and Light to just be among everybody that's supporting the Royals."

She said it has been a surreal experience.

"Everything that's happened...I wake up the next morning and ask, 'Did that just happen?'" said Schenkelberg.

Now she's looking forward to her Missouri team being in the spotlight.

"This is my sixth year in Columbia, so I've been through all the Cardinals' World Series," she said. "I've watched them have the time of their life, and me just sit back kind of like 'Okay, you guys have fun.' So now it's kind of fun to have our turn."