Lime scooters come to Columbia without a city agreement 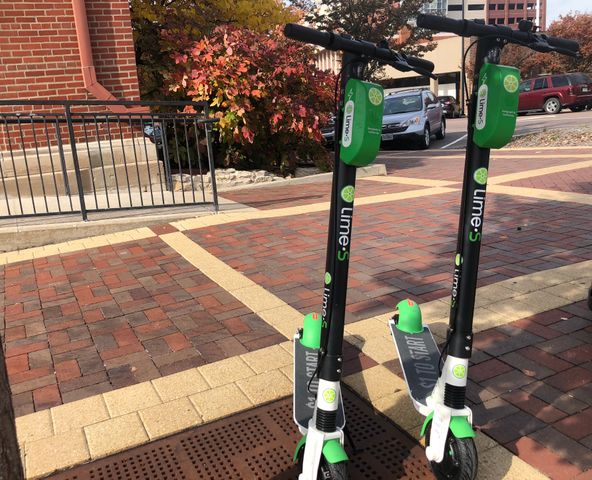 COLUMBIA - Another scooter company has come to Columbia without first having an agreement with the city.

Lime scooters does not have a business license with the city. The city's Director of Community Relations Steven Sapp said Lime had been in contact with the city for several weeks, but they hadn't come to an agreement prior to its start in Columbia.

Lime is similar to Bird. Bird and Columbia have been at odds in the last couple months because of lack of regulations. The city is working on an outline of an agreement it will use to regulate any scooter company coming to Columbia.

"These are disrupters, and we were going to keep seeing more and more of them," Sapp said. "We can see a potential benefit as long as it's done in a community-acceptable format, and hopefully we can discuss that with these companies."

Sapp said these won't be the last time the city sees new scooter companies in town. He said he expects Pony Scooter, Inc. to drop scooters in Columbia this week, too.

"We don't know what the magic number is," Sapp said. "Certainly we have seen communities struggle when too many of the devices are placed in the community, but it's difficult to say, 'You can come but you can't.'"

The draft agreement will have its first read at the city council's meeting on Nov. 5. On Nov. 19, it will be up for council and public discussion. Sapp said the regulations could take effect shortly after.

One resident said as companies come to town, more issues will arise. She said the city needs to cap the amount of companies it works with before there are too many in one place.

"It's one thing to have something that is convenient for the city, but it's another thing to just have them littering the city," Heather Allen said.

Allen is from California. She said her hometown has many issues with the amount of companies it allows to operate.

"I would hate to see that happen here. It's just too much," Allen said. "If you end up having six competing companies, it'll just take over all the streets and you won't even be able to walk down them."

Sapp said he expects the businesses to "bubble out," with one or two businesses ending up successful in town and the others leaving.

"We will have to take a wait and see attitude as to how this all ends up," Sapp said.