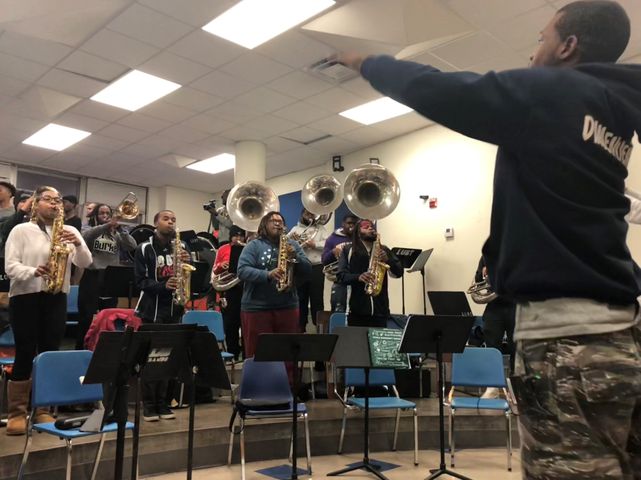 JEFFERSON CITY - For 13 years, Rhonda Harper has been at the helm of Lincoln University's "Marching Musical Storm."

But after one final performance Friday night, one of the nation's only black female H.B.C.U. head band directors is stepping away.

"I could have stayed," Harper said, "but I think that maybe it's someone else's turn, and hopefully they'll pick somebody who has passion for making this work."

In addition to leading the marching band, Harper also conducts the university's jazz and concert ensembles. Friday's concert, however, is no regular performance.

Harper and her students will be raising money to fund new marching uniforms and instruments. Their goal is to bring in $50,000 in total donations.

"We're not going to reach our goal," Harper said to her students during a rehearsal, "but you never know. We might have some rich, rich person walk in and want to donate a serious amount of money to get those band uniforms and those instruments."

Many of the band members are there because Harper recruited them.

"I didn't think anybody cared about little old Gary, Indiana," said drum major Maurice Tyler, who chose Lincoln after Harper went to his high school in Indiana to hear him play. "Somebody actually came up here and auditioned us so I felt special. We're not used to that."

Harper plans to return to St. Louis where she grew up and teach band at the high school level.

The benefit concert is Friday at 7:30 p.m in the Robert and Charlene Mitchell Auditorium on Lincoln University's campus.

Editor’s note: A previous version of this story referred to Harper as the only black female H.B.C.U. band director in the country, which is not accurate. The statement has been corrected.