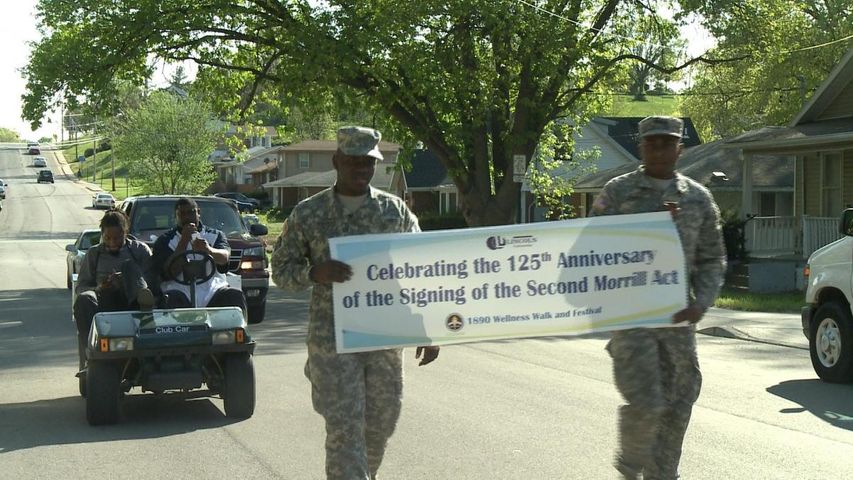 JEFFERSON CITY - Students traveled from St. Louis to take part in the celebration of the 125th anniversary of the signing of the Second Morrill Act.

The Second Morrill Act in 1890 corrected the discriminatory practices by southern and border states that denied African Americans admission to these public land-grant universities.

Lincoln University is the nation's oldest 1890 land-grant institution and the only one in Missouri.

Media Center Coordinator for Lincoln University Pamela Donner said this act helped open up educational opportunities to people who might not have had them before.

Around 300 community members, students, and faculty came to show their support for the cause.