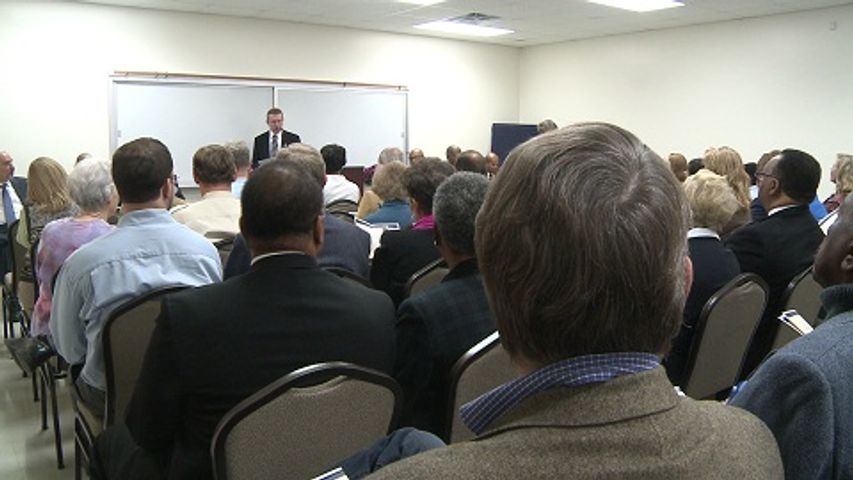 Facility members that taught with Dr. Greene commemorated on his first days arriving in Jefferson City during times of racial tension and spoke of his dedication to make a change. Dr. Antonoio Holland, Lincoln University professor Emeritus, remembered the days of Dr. Greene walking into his office and asking for help on one of his many manuscripts.

Dr. Lorenzo Greene taught history at Lincoln University from 1933 until he retired in 1972. In his 39 years at Lincoln University he was recognized for his teaching, research and service locally, statewide and nationally. He dedicated his life work to African American History including: employment, housing, colonial America, school desegregation, civil war, and African Americans in Missouri.

Green attended Howard University in Washington, D.C. and then went on to Columbia University in New York to get his master's and doctorate degrees.

Renovation and design of Greene Hall was funded by the 1890 Facilities Grant and local donations.