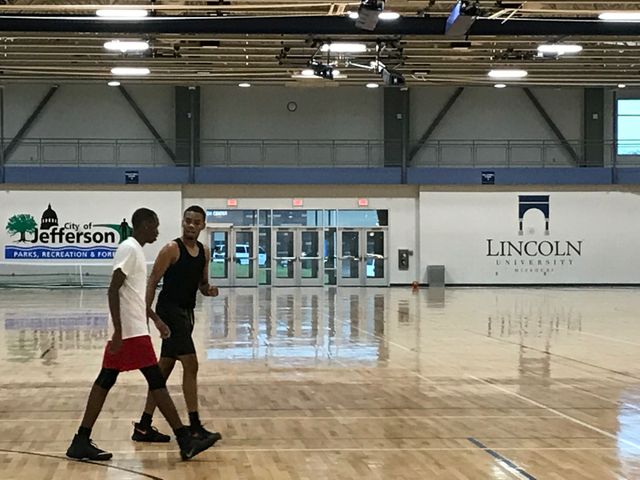 Dean of Administration and Student Affairs at the university, Jerome Offord, Jr., said the “Day of Service” event is a partnership between the school and the United Way of Central Missouri, and this is the third straight year they are doing it.

The event goes from 9 a.m. to 12 p.m., and students will volunteer at 11 service sites throughout the community, according to a release from the United Way.

Administrative Assistant of the United Way of Central Missouri, Sarah Schatsiek, said the sites include the organization’s partner agencies and local parks.

“Whether it be cleaning, organizing, painting, working with kids—there’s just a wide variety of things that they need on a daily basis,” she said.

Schatsiek said not only the students will get to see what the agencies do behind the scenes, but the agency employees can get “a few extra hands during the day.”

“Because there’s just so much to be done,” she said. “Not all of their employees are able to do all the things all the time. So having volunteers in there, at the agencies, really helps them kind of get things done.”

Schatsiek said Lincoln University approached the United Way first three years ago, and the organization has never done an event like this one with other universities.

“This is, I think, the first time we’ve ever had this big of a scale with a university of volunteers, so sort of a new thing,” she said. “But we really enjoy coordinating it.”

Offord said the school created the event in hopes of giving students “an opportunity to put their service into action.”

Tre'Von Jasper is a freshman at the university. He said he didn’t know about the event but thinks it’s a good idea.

“Community service is good, too. You know, you always gotta volunteer, help out people,” he said.

Jasper said although he would like to participate in more volunteer activities in college, he feels like he would have other important responsibilities, such as school and work. He said the key to success is to “balance it out.”

Schatsiek said the United Way also encourages other schools and individuals to volunteer with it.

“If there’s a group of students that want to go work in an agency for a few hours, we can partner them up with an agency,” she said.