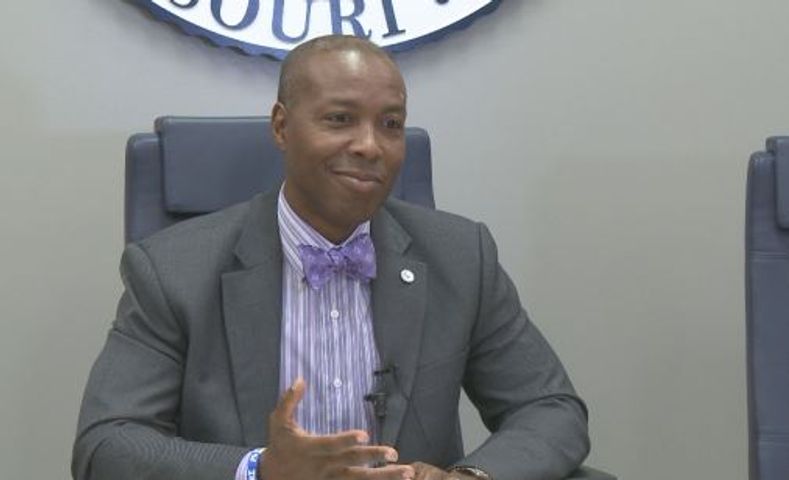 JEFFERSON CITY - Lincoln University has been dealing with several controversies in the past months. The university's president, Kevin Rome, addressed several of them on Wednesday.

The first issue the president addressed was enrollment. He said the university is starting a program to encourage retention, but administrators would continue to be tough on students who are not meeting academic standards.

"This summer, Lincoln University enrolled its very first class of students in Project Jumpstart, a college readiness program for incoming freshmen in the summer of 2016," Rome said. "We brought about this program because we were concerned about the retention of our students beyond their first year."

He said 127 students were a part of the two month program, and 87 percent of those students returned to the university in the fall. He said the only issue with the program is students do not want to attend school in the summer.

Lincoln University also recently cut its program for students to earn a history major. Rome said the university will continue to teach history but not as a major. In response to criticisms of this action, Rome said, "We can't not make difficult decisions just because everyone doesn't agree with it."

Faculty at Lincoln University recently declared a vote of no confidence in the school's provost. Rome said he will be addressing questions from faculty next week. He said he hopes all the positive things happening on campus will boost morale.

One of the most controversial issues he touched on is the mold found in Dawson Hall, a student dormitory. He said the no one told the university the rooms were uninhabitable, but it wants to clear the mold for its students. Rome blames the mold on students opening their windows while the air conditioning is running, creating condensation and moisture that makes a breeding ground for mold. Rome also added Dawson Hall is the only residence hall with central air instead of individual units in each room, which allows students to control the temperature of their own rooms.

There are also reports of bed bugs in the dorms. The president said this issue arose from students bringing bed bugs to the university.

"We didn't have bed bugs in the residence halls until students showed up," he said.

He assured the university would do its best to get rid of the bed bugs.

Rome also discussed discrimination suits against the university. He said the plaintiffs of the suits are African, African-American, and White, all of which are suing for racial discrimination.

"I don't know whether there is credence to the lawsuit, but I do find it highly irregular, unlikely that they were all discriminated against based on racial identity, because they're all different races," Rome said.

KOMU 8 reported Lincoln campus police will start wearing body cameras. Rome said this was not in response to any issue, but he wants to be proactive in case of an incident. He said having body cameras will make sure everyone knows what happened, and the university is trying to move in the same direction as other police departments.

Rome spoke about what he hopes will come of the upcoming legislative session. He said his goals are similar to other Missouri universities.

"We have a lot of deferred maintenance on all of our campuses, so having more resources for that would be great," Rome said.

Lincoln University faculty cast vote of no confidence for provost