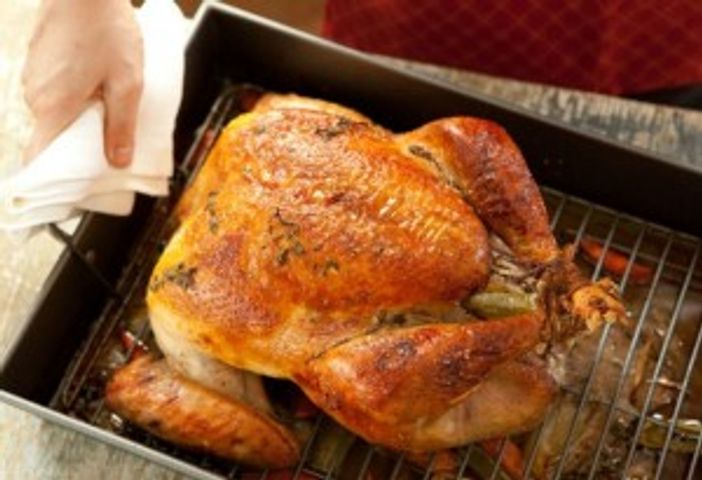 COLUMBIA - Almeta Crayton and volunteer's had considerably less donated food this year, however that didn't stop the high spirits at Thursday's Everyone Eats Thanksgiving meal.

Volunteers cooked 14 turkeys and 8 hams Wednesday, and sent out over 400 Thanksgiving food baskets prior to Thursday's meal. Less than two hours after opening its doors at Stephens College, more than 200 people had come for a Thanksgiving meal.

Skimpy donations created difficulties for Crayton as she and volunteers planned, cooked, and provided meals for the community. Crayton said she didn't know what to do if she ran out, but that she would just keep filling plates until then.

Geoff Matuszewski said coming to Almeta's Thanksgiving has become a part of his tradition, "It really allows people to have a holiday and I am so thankful for it."

Between meals to go, meals served at Stephens College, and food baskets sent to the elderly "Everyone Eats" served 900 a Thanksgiving meal.

Volunteers Prepare for "Everyone Eats"

Columbia Woman Heads Up 14th Year of Everyone Eats