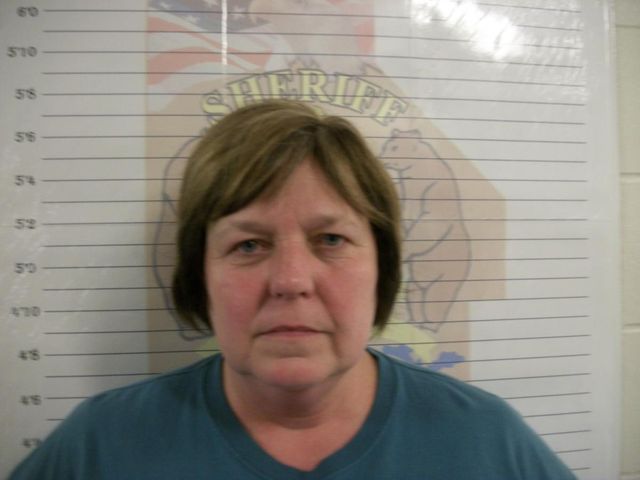 On June 8, officers of the Morgan County Sheriff's Office, the Stover Police Department, the Mid-Missouri Drug Task Force and the Missouri State Highway Patrol executed a search warrant at the Up In Smoke & Liquor 2 business in the city of Stover.

According to a press release, officers seized more than 350 packages of Synthetic Cannabinoids and drug paraphernalia including pipes, bongs, digital scales and drug masking agents used to fake urine tests.

An undercover purchase of a package of Synthetic Cannabinoids known as "Mr. Happy" took place before the search warrant. Police confirmed that package as a Schedule I Controlled Substance.

A clerk at the store was arrested and later released. The owner of the business, Dorothy Hayes-Crocker, 51, of Jefferson City, was arrested at the scene. She was charged with the class A felony of distribution of a controlled substance near a school, the class C felony of keeping or maintaining a public nuisance and the class C felony of possession of a controlled substance. Her bond was set at $50,000 cash only. She posted bond on June 9.

During an interview with officers Dorothy Hayes-Crocker said she had paperwork saying the items were legal. She also said she would not sell Synthetic Cannabinoids to her kids.

The city of Stover revoked the liquor license for Up In Smoke & Liqour 2. Stover authorities contacted the Holts Summit Police Department and the Callaway County Sheriff's Office about this investigation due to Dorothy Hayes-Crocker's ownership of Up In Smoke, located in Holts Summit.

This investigation is ongoing and police expect additional charges and arrests.