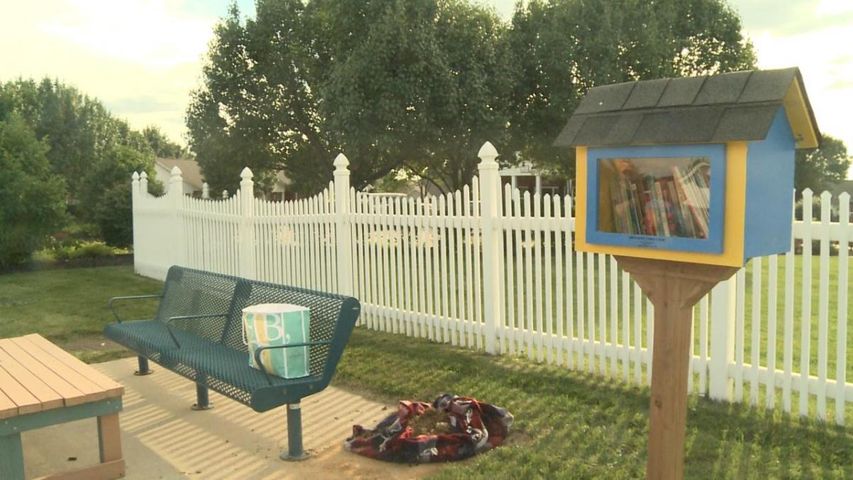 The new library is situated at the bus stop at Hanover Boulevard.

In May, the club placed a Little Free Library at Stephens Lake Park. The little box filled with books for the community was the first of its kind on public land in Columbia.

The club decided back in February it wanted to build a Little Free Library after going to a presentation at the St.Peters' Lions Club.

"This was something little we could do for our community and hopefully make an impact in literacy," said Tricia Kaufmann, the secretary of the Columbia Community Lions Club.

The club has had the goal of improving literacy in the community since it was founded.

The club worked with the Columbia Parks and Recreation Department to find places for the libraries on public property.

The library at Stephens Lake Park goes through about 50 books a week.

"We haven't had a lot of returned books, we've had a lot more taken, which is fine with us," Kaufmann said.

The newest Little Free Library is geared toward a different demographic in the community.

Currently both libraries are running off donations from both the library and club members.

"So far that has been enough to supply our first little free library, but now we are going to need more books, probably from the library," Kaufmann said.

While the club is happy to keep restocking the books, Kaufmann said it would like to see them become self-sustaining.

"Our hope is it becomes a true library where people bring the books back and then take another one," Kaufmann said.

Kaufmann said there is no way of knowing if the books are being stolen.

"We don't think they're really being stolen, people are just taking them and putting them into their collections," Kaufmann said.

The club is also stamping each book with the phrase, "Take a book, leave a book," hoping that users embrace that idea.

The club plans to rotate through and check the number of books each day at the libraries to make sure they are consistently stocked.

For now, the club is sticking with just two locations and may expand depending on the consumption.

Kauffman said this Little Free Library makes the fourth in Columbia, with the two others being on private land.