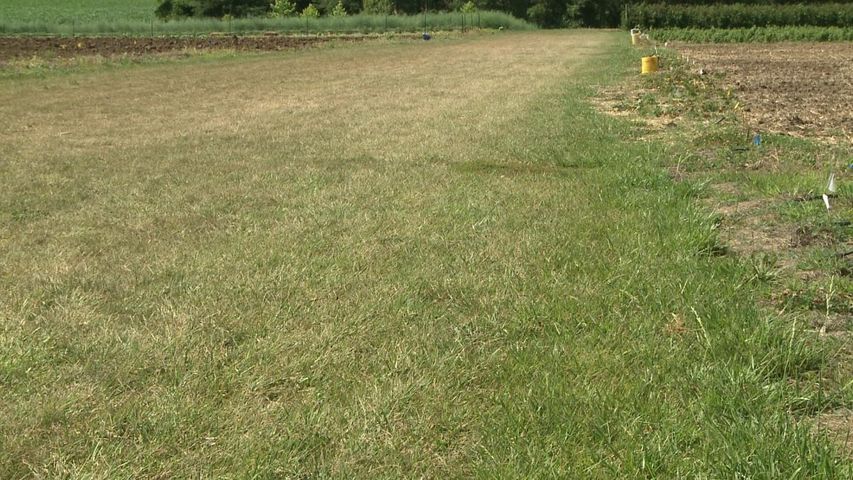 BOONE COUNTY - The outlook at Pick and Pick, a pick-your-own farm, is positive today after yesterday's rain. The farm off of Rangeline has been watering every day, when in a typical summer it waters three times a week. But this is not a typical growing season; every crop at Pick and Pick is three weeks ahead of schedule and there is a definite lack of rain.

"Any kind of measurable rain, even a half inch, will help the plants recover," said Deanna Pickering of Pick and Pick.

Pickering said that if it doesn't rain again soon, the farm will have to start watering again. MU climatologists are calling this weather a flash drought. It was a dry season last year, and this year isn't proving any easier. Pickering said the drought started earlier this year, which caused the timing of the plants to be off.

It was the driest May on record since 1895 and temperatures have been running five degrees above normal. Pickering said she expects little rain in July and August, but not this early.

"If this continues, it will be a record breaker," said Pickering.

There is not any rain predicted in the 10 day forecast.