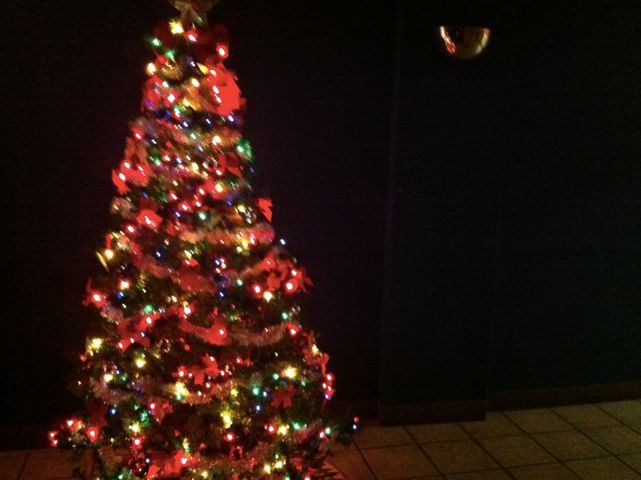 COLUMBIA - Finding the perfect trees is like finding a needle in a haystack.

Not only are they fleeting, but opinions differ on what perfection looks like.  A plump tree for one person is too bushy for another. An eight-foot tree might be great in parents' eyes, but much too high for little kids.

Eric and Becky Matney managed to find their ideal tree after a lengthy search. They've gone to the same farm for the past four years with their two children.

"It brings back memories," Becky Matney said. "So it's really important for us to continue the tradition."

This kind of tradition is becoming less popular though. According to the National Christmas Tree Association, 40 percent of Americans had a live Christmas trees in their home in 1991. Two decades later, that figure fell to 23 percent.

"I don't think people like the hassle of going out and picking their own tree. It's easier to have own boxed up in the attic and take it down," she said.

More and more people are giving up live trees in favor of artificial ones. Since 2005, roughly 11 million artificial trees have been purchased each year according to NCTA with a spike of 17.4 million in 2007 when the recession was in full swing. Even though real trees sell nearly three times better, they aren't reusable like its fake fir friend.

Jill Hartleip, who works at the Hillcreek Yarn Shoppe, says the store uses a fake tree to avoid "...Pine needles dropping, keeping it watered and if it does get dried out, they get pokey," as well as potential allergic reactions.

Regardless of preference, Americans will inject roughly $1.7 billion dollars into the economy with $1 billion coming from real trees and $700 million from fake trees, according to NCTA.

It's not all bad news for Christmas tree farm owners though. Darryl Raitt, who owns Timber View Christmas Tree Farm in Hartsburg, has seen business grow in the last few years.

"Ninety percent of our customers have been here before. It's a tradition. We' really aren't selling trees. We're selling the tradition," he said.

"(Families) come out the year before and we take their picture and put it on the little board in there. The kids, the first thing they do when they come back, they run in to see where their picture is... The little gimmicks like that that people seem to enjoy."