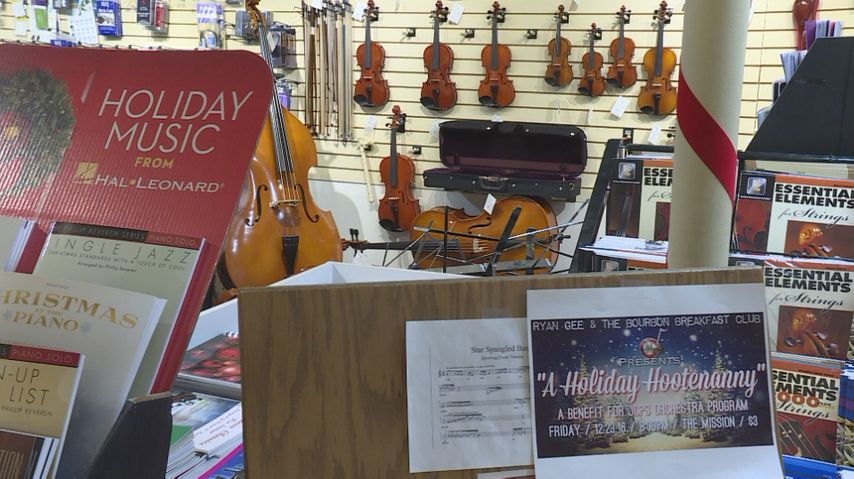 JEFFERSON CITY – Local musicians are teaming up for a concert Friday night to raise money for the Jefferson City Public Schools orchestra program.

The “Holiday Hootenanny” will involve about three hours of Christmas music recreated by Jefferson City musicians.

There will be 12 to 14 musicians donating their time and performing over 40 holiday songs at the event all on the stage at the same time.

Jay Orchestra Boosters is the nonprofit organization in Jefferson City that supports the orchestra program.

Jay Orchestra Boosters Secretary, Rishanda Richardson, said they are very grateful for the event that will bring the Boosters closer to their annual fundraising goal.

“It helps the Boosters purchase and repair instruments for JCPS orchestra students in grades 5-12. There are students from every elementary, middle and high school who participate in the orchestra program. The Boosters are able to supply every student who needs an instrument with a school instrument at no cost. But it takes at least $5,000 a year to keep the instruments in good repair and purchase new stringed instruments,” Richardson said.

The Boosters support the instrument repair and purchase entirely.

This is the second year musician Ryan Grosvenor has organized this fundraiser.

“There’s no tax dollars or school funds set aside for that, that’s all fundraiser based, donation based. So this is our way of kind of giving back to the next generation, you know, just musicians helping out other musicians,” Grosvenor said.

Last year, the fundraiser raised around $500 to $600 in donations from passing around a bucket.

This year there is a $3 entry fee, which will serve as a donation to the orchestra program, and there will be a donation bucket circulating throughout the evening as well.

All of the money raised will go toward the JCPS orchestra program.

With the additional donation at the door and more publicity and support from the community this year Grosvenor hopes this time around will be even more successful. He hopes to double what they made last year.

The goal of the fundraiser is to help provide kids with the equipment they need.

The music is a mix and includes both Christian favorites from church services to more contemporary pop songs.

Doors open at 6 p.m. and the show starts at 8 p.m. at The Mission bar in Jefferson City.