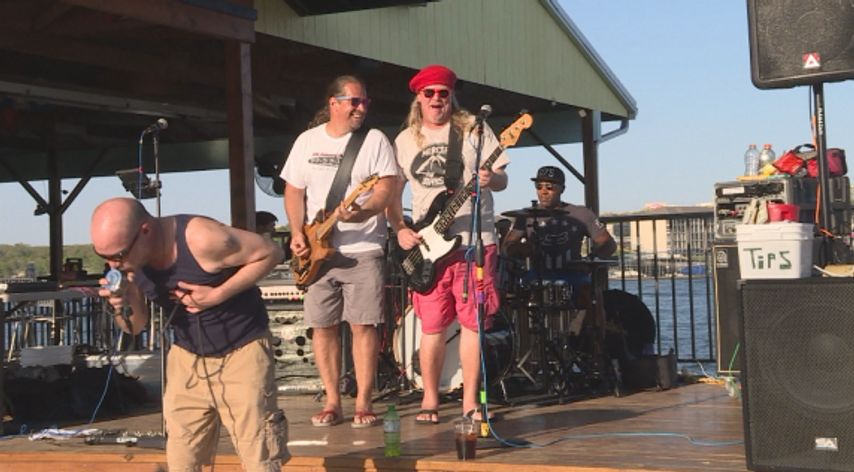 LAKE OZARK-  Businesses in mid-Missouri face a steep choice when it comes to having live entertainment -- lose the music or pay a steep royalties fee of not hundreds, but thousands of dollars.

"You have to stick out in the market and give the folks not only a reason to come but also stay," Dog Days Bar and Grill manager Luke Hagedorn said.

The Lake Ozark bar felt live entertainment was the solution for customers to come and stay. It chose to pay for royalties.

"We write those checks every year because they'll come after you," Hagedorn said.

There are three companies in the business of collecting royalty checks: Broadcast Music Inc (BMI), The American Society of Composers, Authors, and Publishers (ASCAP) and SESAC (previously the Society of European Stage Authors and Composers).
"They'd call up, pretend to be a customer and say 'You got any live music going on?'" Hagedorn said.
The royalty companies also used the internet as a way to target businesses for payment.
"We're pretty open about what we do and our live music calendar is out there for anyone to see," Hagedorn said.
Mike Bell, owner of The Thirsty Hog Saloon just outside of Fulton, felt collectors were too aggressive.
"It was a serious enough threat that we decided to quit having music," Bell said.
BMI executive director Jodie Thomas responded to whether or not it has become more aggressive in its collections.
"Absolutely not!" she said.
Thomas said the company's mission as a performing rights organization is to work on behalf of the songwriter.
"All songwriters deserve to be fairly compensated for their work, regardless if they are well-known established icons, unknown songwriters or somewhere in-between," she said. "We never want to see the music go away, and we try to work with business owners so that music benefits everyone."
Gary Vaught, owner of Fulton restaurant Beks, did not see the benefit for everyone.
"I was willing to pay a small fee because I understand royalties, but it was such an astronomical amount of money I said, 'I can't do this. This is wrong. This is so wrong,'" Vaught said.