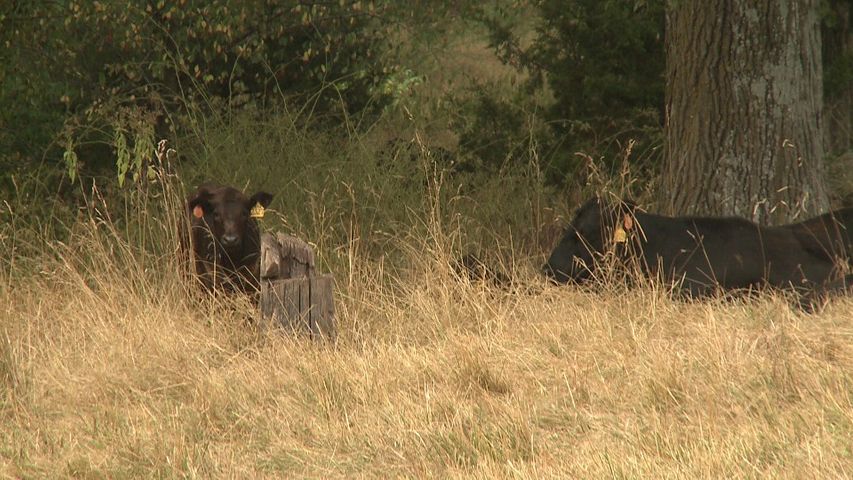 COLUMBIA - In one of the worst droughts in recent memory, crops yields and livestock production have taken a sharp decline. And while crop farmers have a safety net of crop insurance and several other aid programs on which to fall back, livestock producers don't have that safety net. And any help they might have is getting held up by politics in Washington, D.C.

"It's harder on our producers when [the Farm Bill] is being held up longer," said Sami Jo Freeman with the Missouri Cattlemen's Assciation. "It's extending the question 'Can i meet my bottom line? Can I make it in this game?'"

U.S. lawmakers are feeling the pressure to get something done to provide relief to livestock producers before they go on a five-week recess Friday. Disaster aid programs expired in September of last year and this year's aid is in the 2012 Farm Bill that is currently being help up in the U.S. House. Freeman said that the recent aid programs announced by Gov. Jay Nixon that dedicated $7 million to livestock producers and farmers to deepen or drill new wells and expand irrigation systems helps. But Freeman went on to say that even with that program, sometimes there's only one option for livestock producers.

"People are liquidating their herd. They're selling. They're trying to get out before they lose entirely in this game," said Freeman.

Freeman said that she's gotten several calls from livestock producers who don't know what to do or are selling their cattle.