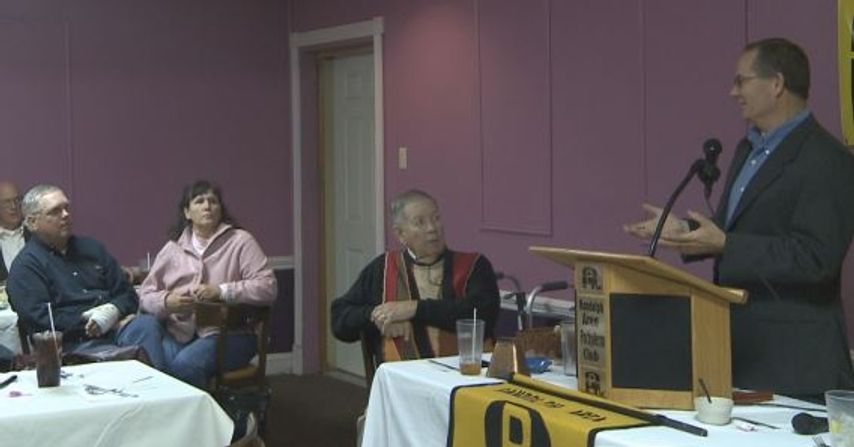 MOBERLY - Kerry Messer, a lobbyist in Jefferson City, spoke politically for the first time Tuesday evening since his wife went missing in July.

Messer's wife, Lynn Messer, went missing from their family farm in St. Genevieve on July 8 of this year. Messer said since his wife's disappearance, he has removed himself from all political responsibilities and has not lobbied for any issues.

A post on Messer's Facebook wall on Sunday afternoon announced after more than four months of no engagement, Messer would re-engage.

"Lawmakers across the state are asking me to please do what I can, if I possibly can, to re-engage," Messer said.  "So I'm responding to them, and other friends and folks who have been praying for us."

Messer said he has spoken at a couple of different venues for brief updates on the status of the investigation on his wife's disappearance, but his appearance as keynote speaker at the meeting Tuesday evening was his first political event.

Members of the Pachyderms club asked Messer a variety of questions ranging from updates on the investigation to what issues are at the top of his agenda moving forward.

Messer said the remains of a woman were found in Missouri within the past week. He said he and his family feared they were remains of his wife, but after further investigation authorities informed him they were not.

Messer said moving forward, he will completely re-engage in his political career.