Local art program aims to bring community together through painting 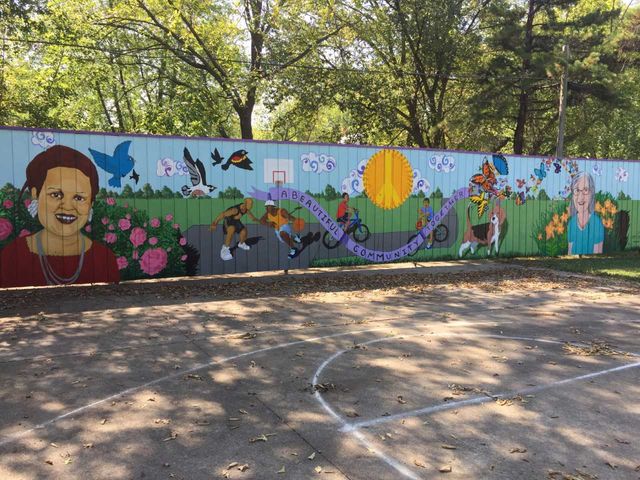 Jabberwocky is a local arts program that offers courses in dance, voice, spoken-word poetry, and visual arts for local youth.

The mural was produced by students who went around the neighborhood asking community members what they wanted depicted.

“The biggest inspiration was the people that live in that neighborhoods,” Director of Jabberwocky Studios, Linda Schust said. “The ideas of things they wanted on the mural were just so positive.”

Schust said the goal with this mural was to represent the local community.

“We wanted to put inspirational grown females into the mural because we felt they were a big part of the neighborhood,” one painter of the mural Hallie Hern said.

Hern goes to Battle High School and has been with Jabberwocky Studios for the last two years.

This is the second mural Jabberwocky painted this summer. The first is on Downtown Optimist Club’s wall and depicts services the club provides, such as their annual Christmas tree sale, Soap Box Derby and bike safety program.

With the murals, Schust hopes it can bring the community together.

“I think it is an inroads to getting to know people in the communities and to bringing the different people in the neighborhoods together with different organizations and entities,” Schust said.

Jabberwocky plans to paint more murals around the community in the future.