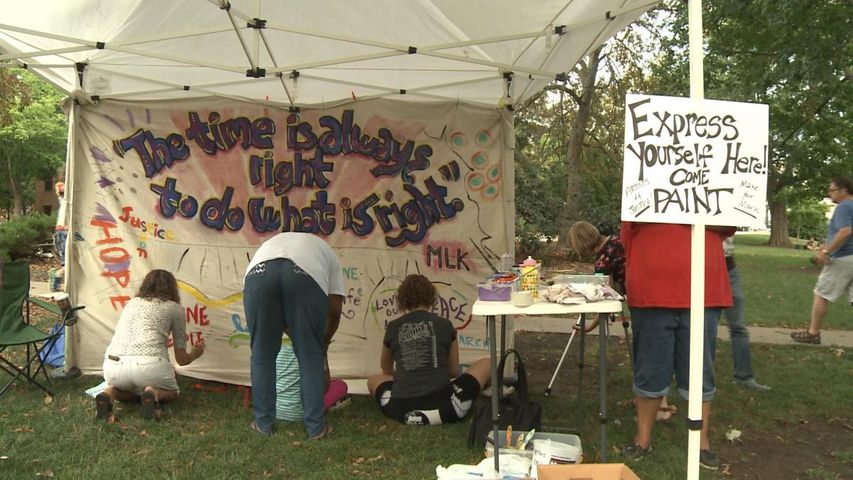 COLUMBIA - Columbia-based artists played music, performed poetry and showed off their arts and crafts Monday, in response to the unrest which followed the shooting death of Michael Brown.

The Artists for Justice coalition and the MU English Graduate Students Association co-hosted the event in Peace Park, near the University of Missouri campus.

In addition to performances, there were tents where children and adults practiced arts and crafts.

One banner quoted Martin Luther King, Jr.: "The time is always right to do what is right."

Bryant said he believes in the healing power of art.

"We are promoting peace, which means safety, justice; which means equal protection under the law, and civil rights, which are guaranteed under the constitution," Bryant said. "This unrest in Ferguson is an important moment, but we want it to be more than just a moment - we want art to inspire a movement."

The event took place 2-6 p.m. and was open to the public.