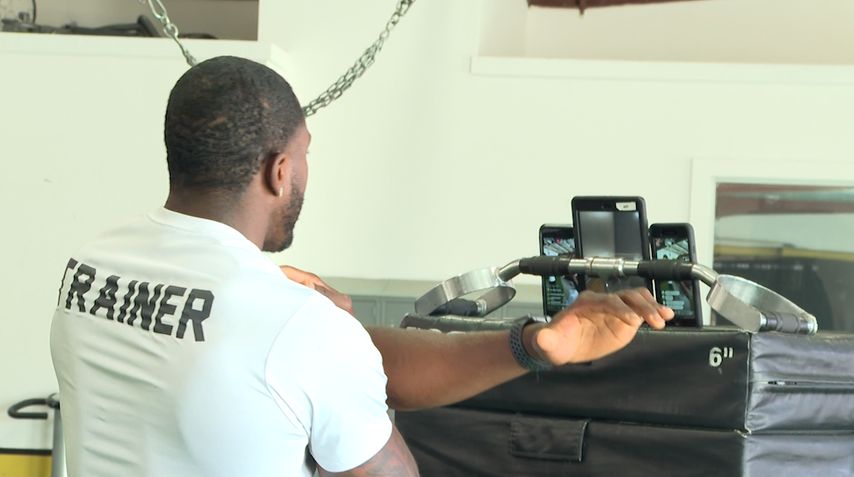 COLUMBIA - With summer quickly approaching, even fall athletics are still up in the air due to the COVID-19 pandemic.

High school athletes are not able to use school facilities or attend in-person activities, which are particularly important to prepare for the fall season.

Second-year Battle football coach Atiyyah Ellison said that this forces his kids to get creative in their approach to training.

"A team sport like [football] is about relationships," Ellison said. "So when you don't have the guys there competing with each other, the next best thing is for you to post your workout. You're doing something to help the team down the line."

During the winter months, the Battle football program prepared for this scenario. Although instead of a pandemic, CPS closed for a snow day.

Ellison later posted this tweet, acknowledging his students commitment to staying in shape.

We live in Missouri. Show me you want to be great!! @TreRichardson_ pic.twitter.com/8s6MxzQGSl

"My family's slogan is 'no matter what' and we adopted that through football," Ellison said. "Everybody's got excuses as to why they can't do something... why wait till tomorrow to do something you can do right now to help yourself down the line."

Ellison thinks this mentality can benefit these athletes amid this 'new normal' that we're living in.

"If you think about it, everything's already through video," Ellison said. "You gotta have the 'want to' right now because to be honest, you could do nothing and show up in August and try to make it happen but it isn't gonna work out for you."

One local Columbia gym, run by former Mizzou football players, is trying to capitalize on the use of video.

Jerrell Jackson and Michael Egnew opened API Project Fitness in 2017 to train local student-athletes and give back to the community that gave them so much.

However, they've switched up their daily operations due to COVID-19.

"At API we actually started trying to do things virtually before this," Jackson said. "Creating content and very detailed, you know, that way people can use these workouts at home and get better at home."

Jackson and Egnew use Facebook, Instagram and Zoom to reach clients at home, providing them with daily workouts to do themselves, rather than in the gym.

Jackson hopes his clients are using this time to put in the work, especially those involved in fall activities.

"You get a lot of athletes that are still putting in the hours," Jackson said. "We can put the workout in front of your face, but it’s up to you to separate yourself."