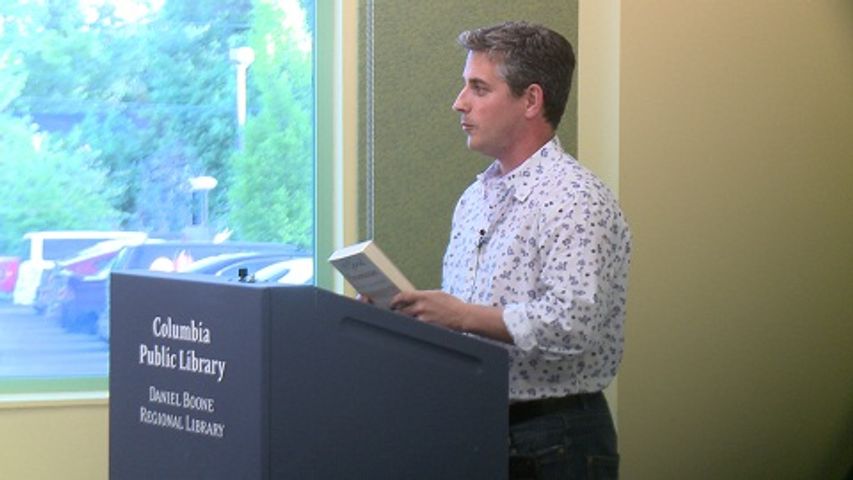 George said he was expecting "3 people and a dog", and was surprised and enthused to see more than 30 people packing the conference room.

The local author spoke about his new novel, "A Good American," and his meaning behind the text.

"Every family in America has a story similar to this one," said George. "Everyone came from somewhere."

George told the crowd exactly why he wrote the novel.

"When I started writing, someone told me to write about what you know...so that's what I did," said George. "I moved my family from England to the middle of nowhere and had to start over."

The author is a lawyer and moved his family to America in 2003. George said he used his way with words to start writing. He was named one of Britain's top ten "thirtysomething" novelists by the Times of London.

Readers say the book taught them more than they bargained for.

"Immigration is a subject that I am not very familiar with so to learn about it from such an easy read was so rewarding," said Chris Myers.

"I read it because it was a part of my book club and we love supporting local authors," said Patsy Williams. "It was a good choice."

George said he would describe his book as a "The Godfather" part two meets "The Sound of Music." He said he wants to thank his family and friends for the inspiration.

He is now hard at work on his new novel entitled "A History Of Flight."

To read more about the author visit AlexGeorgebooks.com