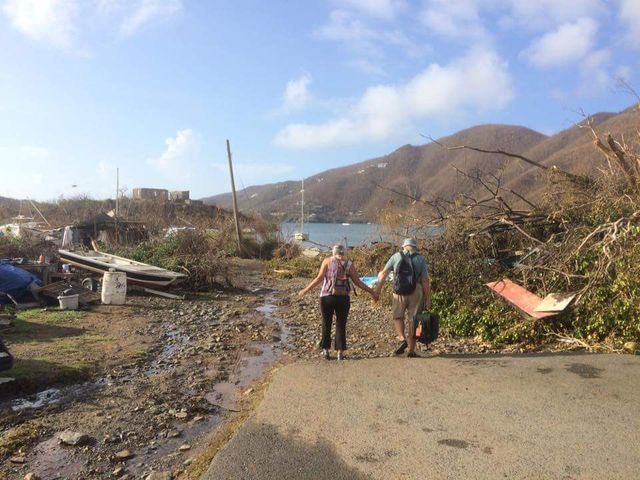 COLUMBIA - One local business is helping raise money to donate to the Virgin Islands after Hurricanes Irma and Maria struck the Caribbean almost one month ago.

Wilson, who is originally from Ashland, was not at his home in the Virgin Islands when the hurricanes hit. He was travelling in South America when he got the news. That's when he knew he wanted to help and organized an event with Logboat.

“I felt like there wasn’t much I could do being so far away, so I came back to Missouri and gathered a lot of my friends and family together, and they all helped me organize this event,” Wilson said.

The event Monday included live music, a food truck, a silent auction and a raffle. Wilson said he knew the event would be a success because of the similarities between Columbia and his community in St. Croix.

“I know that Columbia also has that really strong sense of community, and I thought that hopefully Columbia could share their love with another really great community,” Wilson said.

Gwyneth McClary attended the event and said she wanted to show her support for the victims of the hurricanes.

Wilson said he plans to return to the Virgin Islands in one week. He said even though he has been in contact with his parents and others on the island, he isn’t able to completely understand the damage.

“Seeing these images will somewhat prepare me for it, but I still don’t think it’s possible to really understand what’s going on until you get there,” Wilson said. "It’s heartbreaking.”

Logboat will give all of the donations to the St. Thomas Family Resource Center, St. John Community Foundation, St. Croix Foundation for Community Development, and Water Island Search and Rescue (WISAR).