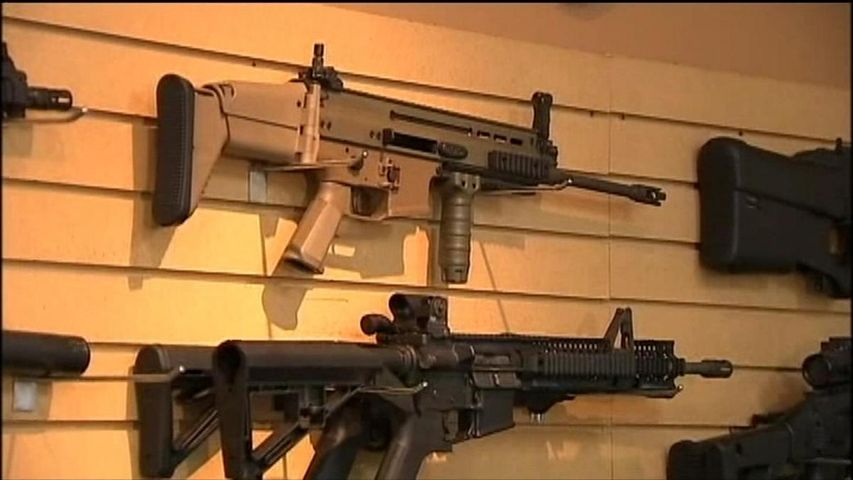 COLUMBIA - After news broke that Missouri business owners could no longer restrict patrons from having guns on their property, local business owners told KOMU 8 News Friday they do not agree with what the state Senate is proposing.

A new bill being sent to the Senate would not allow Missouri business owners to restrict customers from having firearms in their cars while on their property.

Dre Wright, a sales associate at Muse in downtown Columbia, said you can never be too careful about the people walking through your door.

"They can come in and possibly threaten you, or they can just be someone trying to protect themselves," he said.

He also said even working now, business owners and shoppers can never know what someone has in their car when they walk in the door.

Current gun laws in Missouri say gun owners may not have their firearms on any private property whose owner has posted the premises as being off-limits to concealed firearms.

But Jennifer Johnson, owner of Absolute Vintage, said she thinks this issue is a matter of compromising rights.

She said she thinks allowing guns near business fronts could mean a decline in people coming through the door.

"I think it will make people uncomfortable. Hopefully the public will respond to it, fight against it and write their senators and say 'ridiculous'," she said.

Hot Box Cookies owner Corey Rimmel said guns being allowed on his property is something he has never thought about before, and said it would make him worried to know guns were allowed so close to his business.

"When they walk around downtown that's their right. But when they are on my property, I wish I could tell them 'please don't bring them in here,'" Rimmel said.

He also said he thinks there should be an increased presence of police downtown if this bill does go into effect.

The bill would also protect business owners from responsibility for any injury or damage that results from allowing guns to be legally carried in cars.

The bill would exempt owners of hotels, motels and apartment complexes.

The House voted 119-36 on Thursday to send the measure to the Senate. It is sponsored by Rep. Stanley Cox, R-Sedalia.