Local Businesses Cash in on True/False 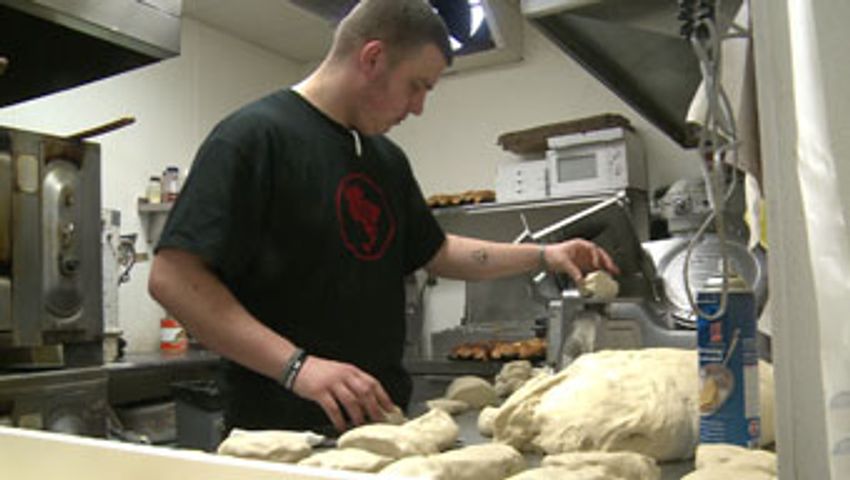 COLUMBIA - Friday was the first full day of movie screenings at the True/False Film Festival, and local businesses say they've already had record profits. The Hampton Inn & Suites said it sold out of rooms a month ago. Assistant General Manager Joe Hecht says he's seen a steady increase in room bookings over the last three years.

The Rome owner, Cory Hodapp, said he's seeing the same trends. Hodapp said he earns about 20% more in sales during the True/False weekend then he does on a normal weekend.

"It brings us customers during times of the day when we normally wouldn't have business. The midday, before the shows after the shows, it's just outstanding," said Hodapp.

Hodapp said he was slammed as early as Wednesday.

He also said that for the three years they've been open, he's not only seen a steady increase in the amount of people coming in, but he said that he's seen more out of state visitors.

"I think a lot more people are traveling, because the event has gotten so big, people come from farther away and are traveling to Columbia," said Hodapp.

The festival is attracting international attention as well.

Marcin Sauter, director of "North of Calabria," came from Poland for the festival, because it's so unique.

"We found out this was a very new film festival, but that it was already very important. Besides, it's a very friendly festival, and there are many 'hybrid" movies, half documentary, half fiction, which makes this a very interesting place," said Sauter.

Michael Marczak, also a Polish director, said True/False is becoming more well known in Europe. He said he traveled to film festivals in Copenhagen, Poland, the Czech Republic and even Russia, and heard about Columbia's festival everywhere.

"Every single festival I was at people have said, 'You got to go to True/False, you got to send your film to True/False. If you get into True/False, you're gonna have the best festival experience of your life.' And this is everybody: filmmakers, producers, distributors, fans," said Marczak.

Amy Schneider, director at the Columbia Convention and Visitor's Bureau said last year True/False sold 25,000 tickets, and this year they're predicting to sell between 27,000 to 28,000 tickets.