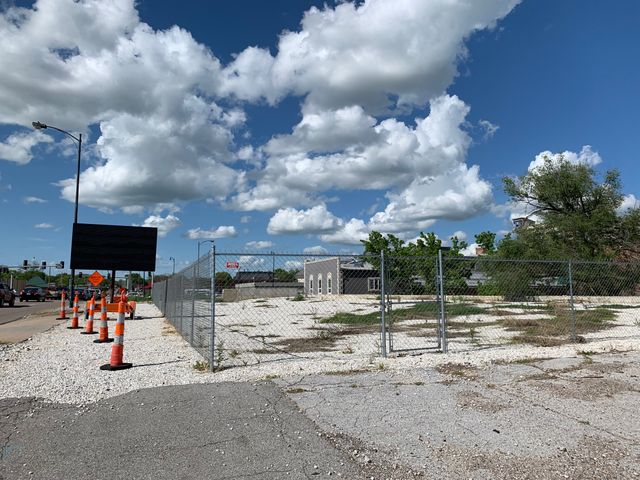 The Columbia City Council voted yes on the first of four options Monday.

“I think it’s important that everyone knows the approval of Option 1 eliminates the entire parking lot on that Southeast corner,” said Jeff Page, with Columbia Real Estate.

The lack of parking is a sore point for many business owners.

“If the city uses full use of the land that they own, then it’s going to cut off the entrance to the parking lot. So, we won’t be able to use any of it,” said Scott DeYoung, a property manager at Real Property Group. “That’s what we’re trying to adjust.”

His company manages a building on a corner, which houses several businesses. Most are concerned, DeYoung said.

“We’re in direct correlation with the tenants of the Ice House and they are very concerned about keeping their parking moving towards the future of the place,” he said.

DeYoung said the park itself isn’t the problem.

“We’re not against the park, whatsoever. We 100 percent support the park, but the amount of space that the city plans on using - that is rightfully theirs - are going to cut off all of our parking lot for two of our tenants,” he said.

There is parking on the north side, but what happens next is unclear.

“We don’t know what the future is going to entail for that,” DeYoung said. “Whether or not the city is going to take that via easement, put some metered parking in there, or upgrade the parking lot or sidewalks over there as well.”

He said, with all the businesses in the area, the east and south side of the parking lot could be constantly full at that point.

Richard White, a manager and trainer at 9Round, agrees it will take a lot of parking but is hopeful about the new project.

“Maybe they’ll bring some more people around and bring more community together,” he said.

“I’ve noticed working down here that there is a lot of homeless usually at the Flat Branch area, and they kind of hang around the local businesses down here,” White said. “Hopefully that expansion will help bring those people in and hopefully drive them out a little bit and kind of clean up this area little bit.”

“The businesses that spoke last night knew nothing of this prior to the meeting even though they are in the district,” Page said. “The property owners, Mark and Carol Stevenson, were also never invited to any of the CID or DLC meetings.”

A part of Option 1 calls on interim City Manager John Glascock to meet with downtown business owners to discuss parking solutions. He will then present those at the June 3 council meeting.

“I’m kind of hoping that some kind of agreement can happen to where we don’t lose all of our spaces, and not only that, the city can make use of the spots that they own as ADA parking for the park,” DeYoung said.