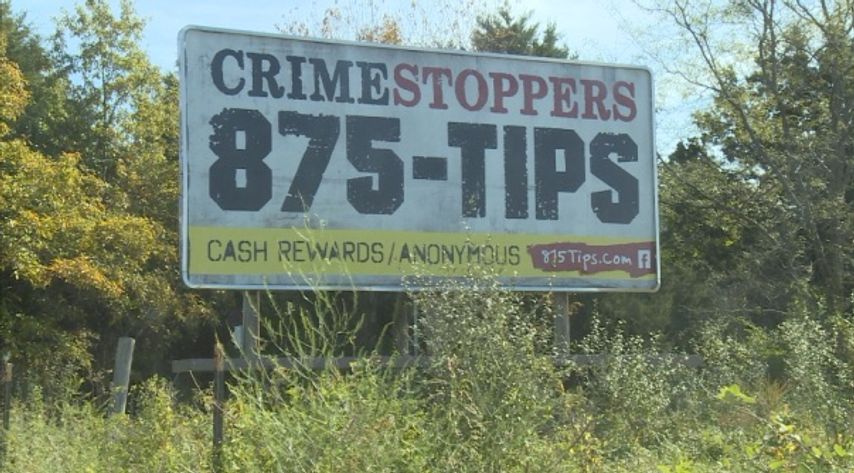 COLUMBIA – Crime Stoppers pooled together donations from local businesses to put together a billboard campaign.

“The businesses put up a little bit of money to sponsor this, it helps them out too,” said Crime Stoppers president Terry Robb. “If we can find the person and make an arrest, then it’s good for everybody.”

Blair Murphy is the owner of Johnston Paint and Decorating. He takes security at his business seriously, with nine cameras watching over his store.

“Even when I’m not here I can keep an eye on it,” said Murphy.

Murphy donated to the billboard campaign and said it’s a good way to let people know about the program.

“I know myself, as I drive up and down the highway and around the streets in Columbia and central Missouri, I see a lot of billboards that get my attention that make you think,” Murphy said. “Whether it’s about a car dealership, a restaurant or whatever, I think it’s going to be a huge deal.”

He says it’s important for people to know they can help law enforcement and remain anonymous at the same time.

“Crime Stoppers is something that not a lot of people are familiar with, believe it or not, and this was a way to reach out to the public and let them know there’s a way to let law enforcement know about some good leads on making some good arrests,” Murphy said.

When Robb says the program is anonymous, he means it.

The billboards will be across town for about a month at a time. The campaign will last for one year.