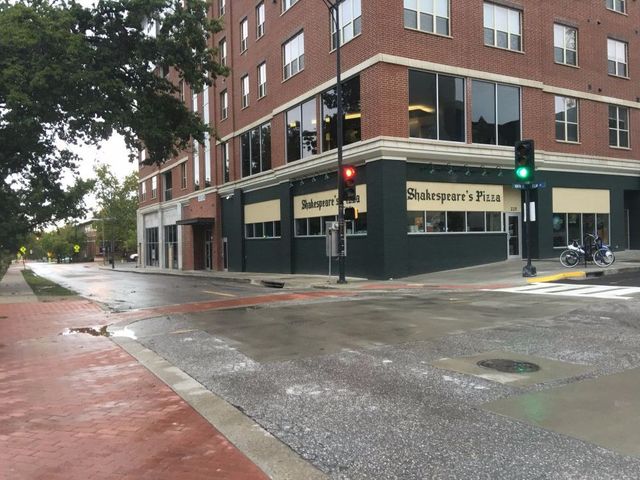 COLUMBIA-Saturday the University of Missouri will host its first home game of the football season. While the home games are always big among fans, they are also big to local businesses.

"Graduation is a really big weekend for us, so are show me state games and a few others but home football game days are big, big days here." said General Manager at Shakespeare’s Pizza, Kurt Mirtsching.

Owner of Tiger Towing, David Debates agreed. He said the first game especially, is one of the busiest because people always forget to move their cars.

His company is contracted by the University of Missouri to tow cars that are left in tailgating lots. On game days they will check on campus lots, several private lots, apartment complexes and even some areas of Greek town.

A few years back, his business towed around sixty cars on the first game day.

To prepare for the crowds on game days, Shakespeare's Pizza increases their staff all week and has extra supplies ready.

"For football Saturday's in order to get ready, we cut a lot of pepperoni and we stock up on a lot of cheese and make a lot of dough and we stock a lot more tp than we usually would," Mirtsching said.

Debates said his workers spend days preparing. They have to move cars from their primary lot to their second and third lots to make room for all of the cars they will have to tow.

On top of that, Debates doubles his work force to tow the cars.

“There will be three people staffed in the office opposed to one. Then there will be a guy helping unload (the cars). So, three people here processing the paperwork and going through the procedure of releasing the cars. It's pretty intense.”

To local businesses, game days are about more than just the football game, it can mean an increase in business.