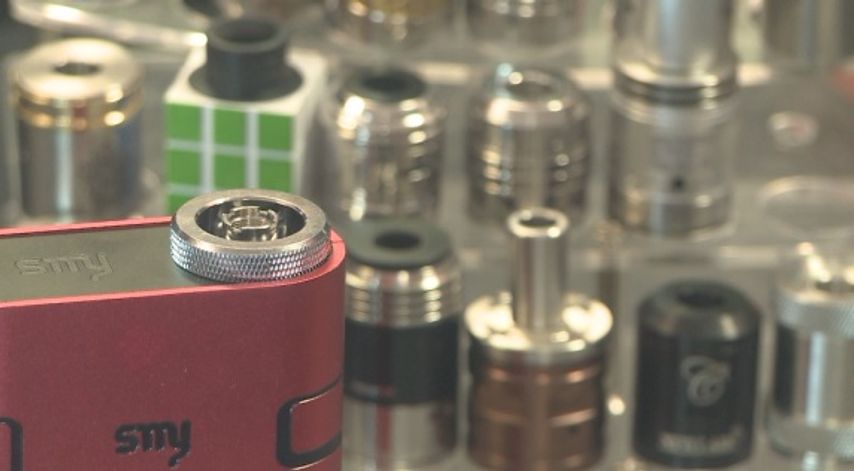 COLUMBIA - For the first time ever e-cigarettes will be regulated at a national level, and local vapor shops think it is for the best.

The U.S. Food and Drug Administration created new rules that extend the power to regulate e-cigarettes to the federal government.

The new regulations would ban the sale of e-cigarettes to those under the age of 18 in the U.S.

However, many states already have rules banning e-cigarette sale to those under 18, Missouri being one of them.

"Well, most of my customers are already above 21 anyway, so it really doesn't affect us too much," Garcia said.

The FDA's new regulations will also require customers to show photo identification to prove they are 18 before purchasing e-cigarettes.

Since they were introduced about a decade ago, the popularity of e-cigarettes has spread exponentially to the estimated 9 million adult users they have today.

The controversy over the alternative smoking device has been whether they actually help people quit smoking, and how safe they can really be while unregulated.

Garcia said she understands why the FDA felt the need to cap the age on a federal level.

"I think it is a good thing that it is no one under 18 just because it's safer," she said. "But I can understand that people still need to get their products."

Another change for businesses will be that cigar and e-cigarette producers are required to register their products with the FDA. This means they will have to report the ingredients, manufacturing process and scientific data regarding their products to the federal government.

Producers, including those who make their own 'juice' for the e-cigarettes, will also be subject to inspections by the FDA.

The new federal rules and regulations go into place in 90 days.