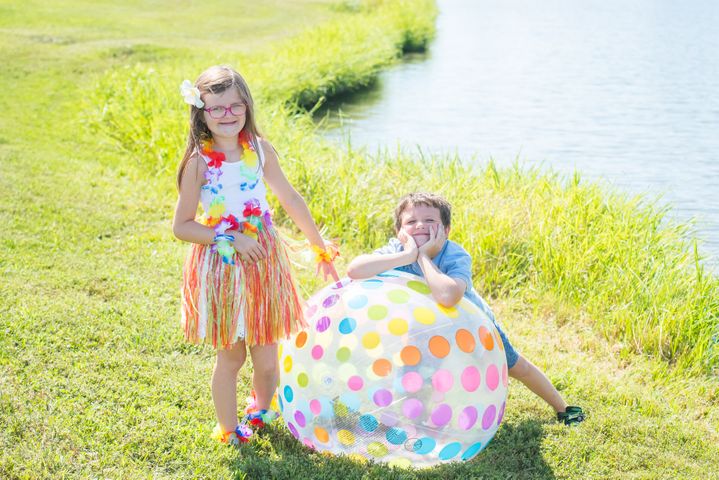 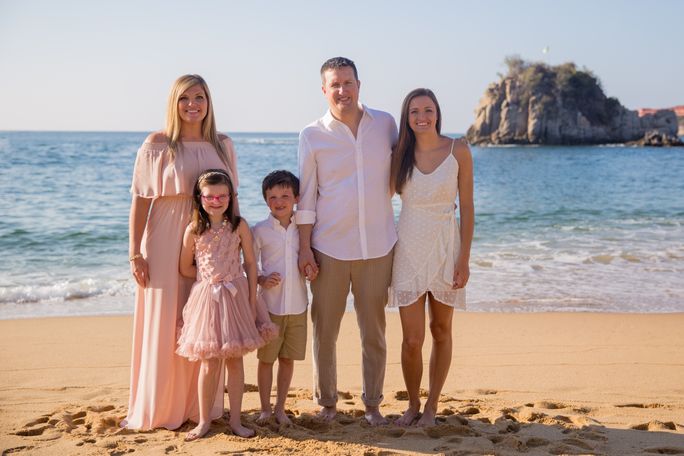 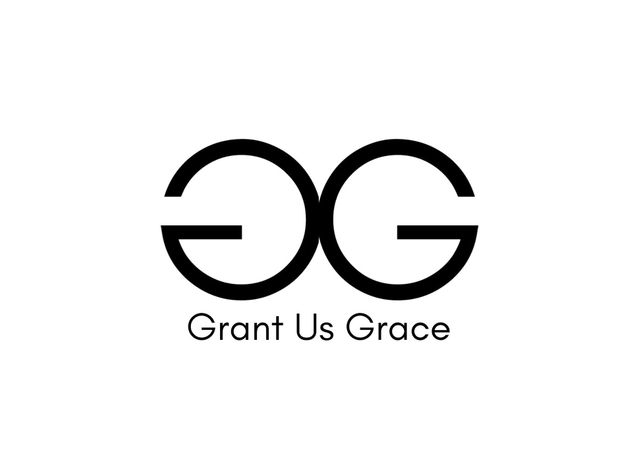 The Goodin family created the Grant Us Grace foundation to spread awareness and raise money to help find a cure or treatment for MSD. Courtesy of Tonya Goodin

COLUMBIA — Life is about learning as you grow, but one local family is learning how to live life backward and cherish each moment.

Grant and Grace Goodin, 6 and 9 years old, respectively, physically look and act like typical children, but internally, their bodies are fighting to keep them alive and healthy.

Grant and Grace both have multiple sulfatase deficiency, an extremely rare and terminal disease. MSD is a genetic disease that hinders the body’s ability to remove toxic cellular waste.

This hereditary disorder causes the buildup of cellular waste, which can severely affect organ systems, and ultimately, lead to death. The U.S. National Library of Medicine confirms there are only around 50 reported cases of MSD in scientific literature. Most children with MSD do not live past the age of 10, according to the United MSD Foundation, and there is currently no cure or treatment.

“Multiple sulfatase deficiency is like having a trash person that doesn't take out the trash,” Tonya Goodin, Grant and Grace’s mother, said. “So basically, their cells aren't able to get rid of the trash that builds up. And so, the problem is that this trash is building in the cells, and then it builds in parts of the body like the heart, the brain — is what causes significant damage. And then eventually, that’s what ends up taking these children — is the buildup of this matter.”

A pediatric geneticist diagnosed Grace and Grant with MSD in spring 2019. There are currently approximately 20 reported cases of MSD in the U.S., according to data from the United MSD Foundation. Tonya said Grace and Grant were numbers 17 and 18 at the time of their diagnosis.

“We had no idea that Grant and Grace would have anything like this,” Tonya said. “We weren't looking for this. Pretty much, MSD found us. We were just doing standard, you know, health care, and through testing, we found it.”

Tonya said the family’s plans for the future changed direction after the news.

“The day we found out that the children had multiple sulfatase deficiency, our life was shattered,” Tonya said. “All our dreams had changed. At that point, we knew life was going to be totally different— that it was going to be full of appointments, and our dreams weren't the same anymore.”

Tonya said MSD is like a combination of Alzheimer’s, muscular dystrophy and cystic fibrosis collectively.

She also said a child with MSD might appear as healthy and developing, but a regression can significantly affect a child’s mental and developmental abilities. Children with MSD eventually lose their ability to balance, walk, talk, see, hear and swallow, she said.

“Life changed suddenly, and it's just very difficult to know that the child that you are raising is dying on the inside, and you can't see it on the outside,” Tonya said.

Jason Goodin, Grant and Grace’s father as well as a pulmonologist and intensivist, said doctors have discovered a cure for MSD in animals, but scientists need more funding to develop a treatment for humans.

“They're able to cure mice, and so they're able to replicate our children’s genetic defect in mice populations, and with that, they're actually having really good results,” Jason said. “It won't reverse the damage once it’s been done, but it will stop it in place… If we can hold them in place, I mean they may be really full, productive individuals and get to have full, healthy lives and everything that comes with that.”

“It's not just about our two children," he said. "We can really be a part of a cure and for all of these kids worldwide—not just in Missouri, not just in the United States—but, I mean, worldwide.”

But funding is crucial for finding a cure.

The Goodin family created the Grant Us Grace foundation to spread awareness and raise money to find a cure.

Jason said although MSD is rare, it is more common than reports show.

“Epidemiologists have looked at this disease based on the human genome project, and it's estimated that there’s probably between 700 and 800 children just in the United States that have it,” Jason said. “Although that's still rare, it's not nearly as rare as they think.”

Jason also said scientific research might not only cure MSD, but it may also treat other diseases as well.

“I think the science that can help fix this problem can also help fix problems like Alzheimer's and Parkinson's disease,” Jason said. “If we can fix this in our children, I think that we can then use that science to try and help fix other diseases as well. So, it's much, much bigger than just multiple sulfatase deficiency.”

Tonya said Grant and Grace’s cases are the mildest cases MSD specialists have seen. They are both actively involved in school and sports, which is rare for children their age who have MSD.

“Grace and Grant are currently doing excellent as in comparison to other children with MSD,” Tonya said. “Science has truly never seen children present like this. They are currently walking and talking and doing all the things that typical children do. Our children are just full speed ahead. So, to know that they have a condition like this that's going to come in and just steal their identity for who they are… It truly puts us in disbelief.”

The family is appreciating every moment they have with each other.

“Our outlook on life has completely changed since the diagnosis of MSD,” Tonya said. “I mean, we live so differently now. Not that we didn't enjoy life before, but definitely now is just so sweet. Every moment is so precious. We just try to live every moment to the fullest and just enjoy every single second that God will provide.”

Tonya said spreading awareness is vital for giving children with MSD a chance at life.

“It's going to be a difficult journey for what our children have to go through, and it's just so important that we can give the world eyes to see that this is a big deal,” Tonya said. “There may only be 20 patients with it in the U.S., but these children are also important, and hopefully, we can raise awareness.”

The Goodin family has been embedded in Columbia since 2006. Jason completed his medical training at MU and currently works at Boone Hospital Center, and now, his children are receiving medical treatment for a terminal disease in the same area.

“It’s nice because we have access to all of these pediatric subspecialists locally— a lot of the people I know from when I trained,” Jason said. “So, the fact that we're in Columbia, Missouri, I feel like gives us a foot up on something that’s really difficult.”

Tonya and Jason hope a gene therapy option will become available for Grant and Grace within the next few years. They also hope to institute a national health screening for newborns to detect MSD at an early stage.

“My hope is that if we can catch this disease either in utero or right at birth and then offer treatment to kids, I mean that's the best chance of fixing this and then giving them a full, healthy life and preventing all of the downhill consequences of this,” Jason said. “That’s another big goal of ours— is to try and institute a national health screening.”

Grant and Grace have also donated blood to medical research.

“It's in a biobank,” Tonya said. “So, even if they pass and technology comes available in the future, they can be a part of that population as well.”

Tonya said the family travels to the Children’s Hospital of Philadelphia once a year to see the only MSD specialists in the U.S. She said they will attend a world conference for rare disease in February, and they also plan to host fundraisers in the spring.

“We just really hope that a cure will come through and save our children,” Tonya said. “We can do it together. We can do it in our community. We plan to have fundraisers coming up this spring. We'd love to have everyone come and be a part of that. Businesses, individuals, truly every single person involved in this will truly make a difference. Together, we can truly cure MSD.”

People can donate to the Grant Us Grace Foundation Fund online or by donating spare change to coin jars in local businesses. Some of the businesses with the “Coins for a Cure” jars include Your Pie, Restoration Chiropractic, Pierpont General Store, Polished, Plume and Tin Roof.

People can follow the family on their journey with MSD through the Grant Us Grace Facebook page. To learn more about MSD, visit the United MSD Foundation’s website.

Hallsville girl surprised with dream of a lifetime: her own horse