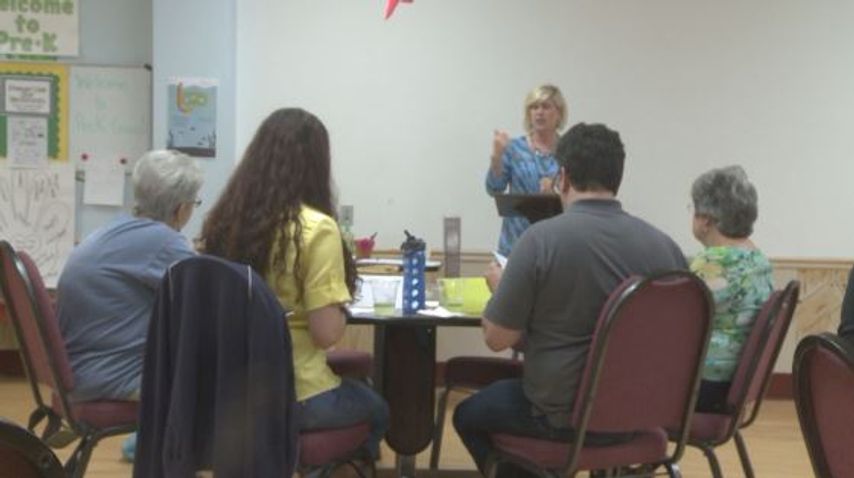 The church said the event combines TED Talks and think tanks that will hopefully put inspiration for change into action in Columbia. Pastor Charity Goodwin got the inspiration for the event from the phrase, "Be the change you want to see."

"Any change we can make personally will impact anything in the community," Goodwin said.

The first topic covered was called Discovering Your True Identity. Wednesday's speaker, Kim Neilson, is the spiritual director of a business called Transforming Experiences. She said she is passionate about this topic because she struggled with her own identity.

"In my own life I think it was a struggle for me to figure out my identity," she said. "I grew up with a shame-based identity and what helped me to understand a little bit more about who I was without continuing looking outside myself for acceptance or validation was discovering who I was created to be and the true essence of myself."

The forums will continue every Wednesday. Goodwin said she hopes the people attending the groups will leave the event feeling motivated and work together to create change in Columbia. She also said more difficult topics will be coming in the spring, but she believes it is important to first get people together and talking.

"I think that's one of the things that's most missing in the world, and that's people actually talking to each other," she said.

Goodwin also said she believes having the forums in a church will let people know that even though the church is a place of religion, it is also a place that can facilitate change.

More information about future forums can be found on the Missouri United Methodist Church calendar.