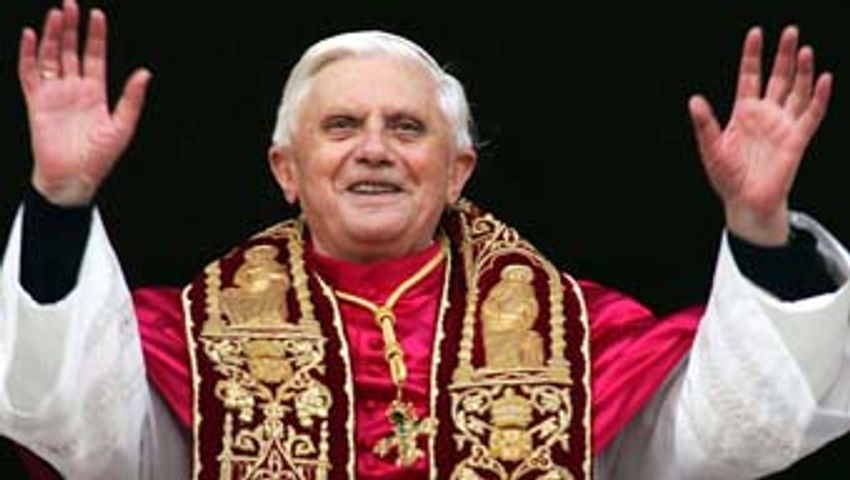 "He's a selfless man and certainly I know that he is obedient to the Holy Spirit that I am sure and I feel comfortable saying that he didn't make this decision lightly, that he didn't make it without a lot of prayer. And he did it out of love for the Church herself," Fr. Tolton Catholic High School principal Kristie Wolfe said.

Wolfe said she and the rest of the Tolton High School community will continue to pray for Pope Benedict and "keep a close eye on what is to come for us within the next several months."

"It's a statement of his love for the church and a very courageous move. We can look forward to a new church to bring us forward. These decisions will probably come to play more and more because people live longer than they did 600 years ago when this last happened," Brother Edward van Merrienboer from the St. Thomas More Newman Center said.

Bishop John R. Gaydos of the Diocese of Jefferson City said in a statement that he and the Jefferson City community thank Pope Benedict for his nearly eight years of service as pope. Gaydos also said he is grateful the pope has made this decision and asks the entire community to pray for him and those involved in the transition process.

Pope Benedict did not resign for any specific medical condition but has slowed down, cutting back on foreign travel and visitors, according to the Associated Press. The Vatican said Benedict will now go to Castel Gondolfo, the papal summer retreat home in South of Rome and will then live in a cloistered monastery.