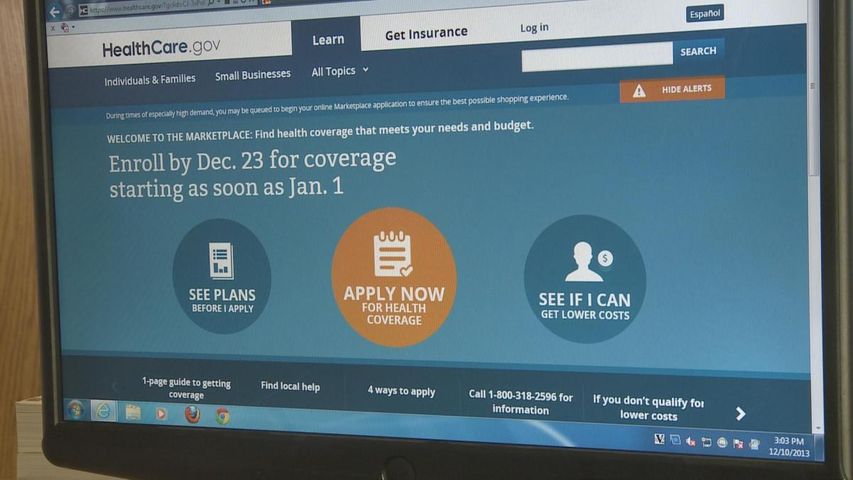 COLUMBIA - The Oct. 1 roll out of the President's health insurance marketplace left many across the country frustrated by site malfunctions.

Moresource, a business services firm in Columbia certified its employees to provide better help to those trying to enroll in the marketplace. Moresource President Kat Cunningham said the certification puts them a step above marketplace navigators.

"They are not licensed insurance agents to be able to go through the plan, to look at the pricing, to help you make the determination of what's right for you," Cunningham said.

But the national roll out was problematic. People across the country experienced a site that didn't work or one that worked very slowly.

And that led to many people not signing up. Health and Human Services announced a little more than 100 thousand people selected a marketplace plan in October. Just 751 of those were Missourians, meaning of the 800 thousand uninsured Missourians, less than one-tenth of one percent signed up. These were struggles Moresource employees saw first-hand.

"I would say we took on about 50 people that have come in and tried to apply. Out of that 50 we've probably signed up about ten," said Brian Cunningham, an employee at MoreSource that's been signing people up from the beginning.

The other forty people were either forced to come back, didn't have all the required information or were asked to make appointments. These complications forced the company to adjust.

"Putting in laptops in our conference room so that when someone can come in and sit down, a lot of the questions are personal and so they've got to answer those questions themselves," Kat said.

"Just speed. It's faster to go through. Initially I think there was just too many people on it and it was just bogging the system down," he said.

Speed is important when Moresource sees between three to four people everyday seeking to enroll in the marketplace. People like Paula Heath, who came to Moresource to get help and said she was expecting much worse.

"It seemed to be much smoother than that as far as getting to that actual screen to get some real costs," said Heath.

And with the start date fast approaching, each successful enrollment is important. Health and Human Services reported enrollment numbers for November that show Missouri needs to sign up more than 99 percent of the pool of uninsured Missourians.