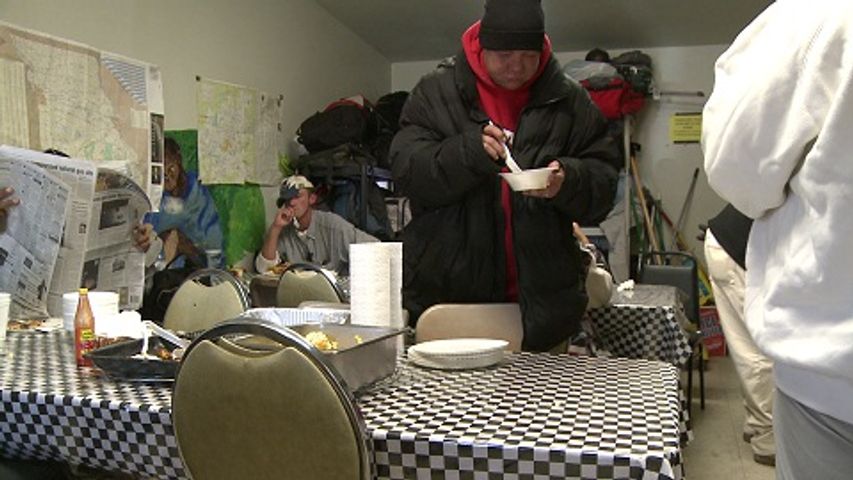 COLUMBIA - After more than 20 years, the Interfaith Day-Center still resides on the corner of Park and Seventh Streets, all 312 square feet of it.

With a small kitchen, 19 chairs and sometimes 30-40 people throughout a day, the day-center gets a little crowded. "It is just simply too small with the amount of people who use it," said Dahne Yeager, the manager of the day-center.

When Yeager first stepped foot inside the small building, he was homeless and living out of his truck. Shortly after he became the manager, and 11 years later still strives to find answers for those who utilize the day-center.

The most recent issue has been finding a new location; one that is bigger and one that can serve more people. "With a bigger place, I can provide more services and help more people, and that's what we are here for," he said.

Those services include a mailing address, a shower, lunch and coffee, and most importantly a place to go. The available shelters close during the day, and the day-center is the only place for those in need from 8:15a.m. to 2p.m.

Yeager and the most recent Resource Center Task Force have been seriously searching for a new location for the past two years, but it comes down to funding.

The day-center previously shared the location with the Loaves and Fishes soup kitchen, where both organizations shared rent and utility costs. Last spring, the soup kitchen moved locations leaving the day-center with a bigger bill. Although it was a positive move, the day-center continues to struggle with a lack of funding.

Another new cost to the day-center's budget is funding the Room at the Inn. This program will be held at Wilkes Boulevard Methodist Church this year. The church will open its doors during the winter months and give people in need a place to stay over night. This is the first year the program has been under the same budget as the day-center.

"With all these new programs our budget is expected to double next year," said Brent Lowenberg, the Interfaith Council Treasurer.

According to the Continuum of Care Homeless population charts, the homeless population has more than doubled since 2007. The count read 137 in 2007 and the most recent count during 2011 was 316. The 2012 count will not be ready until March of 2013.