Local Democrats look ahead after losing majority of mid-Missouri races 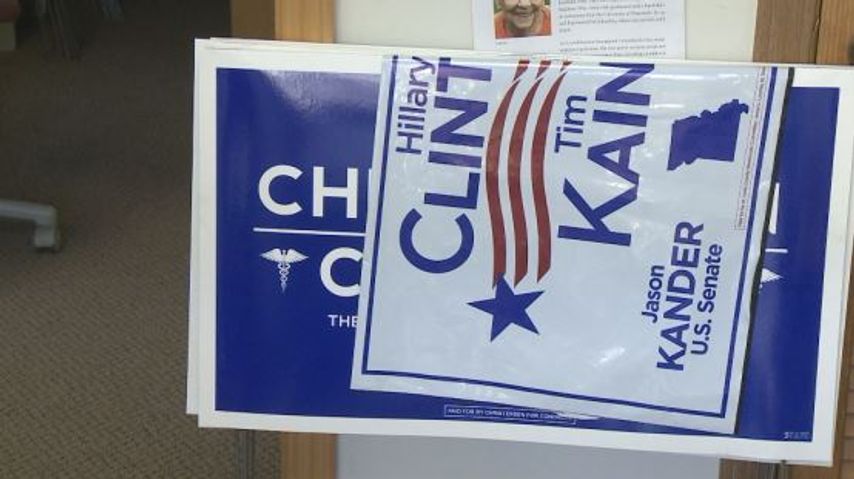 KOMU 8 looked at the 27 contested positions in statewide races, as well as U.S. and Missouri House and Senate seats in the KOMU 8 viewing area. The Democratic party only won three:

Vice Chair of the Boone County Democrats Darren Hellwege said losing is hard for candidates after investing in a long-term campaign.

"They really felt for your country, community, and state. To see it not turn out they way you want it, that's incredibly disappointing," Hellwege said.

"Losing is more horrible than winning is wonderful, believe it or not," former State Senator Ken Jacob said at the Democratic watch party Tuesday.

Hellwege said he found some solace in losing because of close local races.

"Even in the candidates that lost in Boone County, there were very thin margins. The Democratic candidates performed better in Boone County than they did in the rest of the state, so there's some encouragement in that," Hellwege said.

When the Republican Governor-elect Eric Greitens takes office, Hellwege said the Democratic party will have to face the fact that some legislation the party doesn't agree with may happen.

"We need to fight hard as often as we can to stop the more egregious things from happening in the legislature and in the state government and just keep getting our message out in front of people," Hellwege said.

Hellwege said looking toward the future the Democratic party will focus on the upcoming election, and stopping legislation the Republican majority tries to pass.

"It can be as important to stop bad things from happening as it can be to make the good things happen," Hellwege said.

Hellwege said he hopes the candidates who weren't elected feel accomplished, and the work the party put in was not wasted.