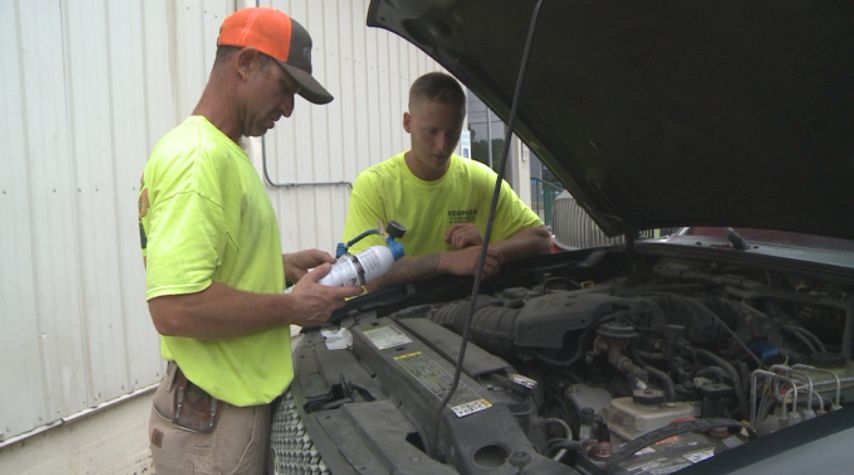 JEFFERSON CITY- It's no secret more cars will out for Memorial Day weekend, but many drivers are taking precautions before even hitting the road.

The parking lot at O'Reilly Auto Parts in Jefferson City was busy with vehicles. One employee said it was uncommonly busy for a Friday afternoon.

"We just haven't driven the truck very much this year. I knew it had gone out. When it was the winter time, we didn't need it, but now we do need it."

Riley said he is taking a few other people to a baseball tournament in Kansas City over the weekend so fixing his truck was a necessity to travel comfortably.

Riley is definitely not the only one travelling this Memorial Day weekend.

According to a press release from the Missouri Division of Tourism, almost 900,000 travelers will be driving through Missouri. State officials quoted research from AAA, which stated Missouri will see approximately 5 percent more drivers this year than last.

Lori Simms, the interim director of the Missouri Division of Tourism, said the weekend's numbers have a bigger impact on the state's economy.

"That's exciting for the industry and for the state because tourism is an economic development engine. When people come to visit and spend money and stay in hotels and go out to eat, that's all good for our economy."

Nationwide, there is expected to be a little over 41 million people travelling during Memorial Day weekend according to the Missouri Division of Tourism.